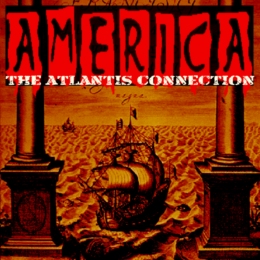 WWW, June 2008 - Founding Father Francis Bacon wrote a book about the state he helped create, and called it The New Atlantis. Chris Pinto in a very interesting lecture about the occult and satanic origins of what even he believes to be a "Christian Nation": The United States of America.

There's a large group in the USA who call themselves "Patriot". Many of them are Christian, or at least claim to be. A lot of them have fore parents that fled religious persecution in Europe to what was called "The New World". They "believe in the constitution of the USA", but in the same time, they are quite aware of the fact that "America" was founded by a group of occultists, even outright Satanists.

Chris Pinto belongs to this group of "Patriots". He believes, that America was founded by a mixture of Christians and Satanists who had their own agenda and together formed what we now know as the United States of America. Pinto can tell you all about the "New Atlantis" that the Founding Fathers wanted to create, and he does so in this lecture that he presented at a conference of Dr. Stan's "Radio Liberty".

The Atlantis Connection deals directly with the philosophy and spiritual identity of what many people believe to be great men in world history, and identifies the origin, nature and intention of what is often believed to be "God's Own Country". It's an intriguing lecture with information that can not be found just around the corner, and will definitely turn out to contain valuable for everyone interested in the true origins of America.

That is: when you can stand the introduction music and look at it from a sarcastic or ironic perspective.