WWW, December 9 2009 - Where the ones who regularly posted on the old Dubroom Message Boards did find their way to the new one and the amount of postings is heading towards the "old level", well over 1100 members did not.

These ones were -for the most part- people who registered themselves but never posted a thing. Some did it to stay up-to-date with a particular thread, but not everyone. Especially not since it was no longer necessary to register at Xsorbit for people who wanted to subscribe to a mailing list.

The phenomenon doesn't take place at the new boards, simply because there is an application process in which the administrator (that would be me) has to manually add people to the membership list.

In other words: simply registering doesn't provide the possibility to post. 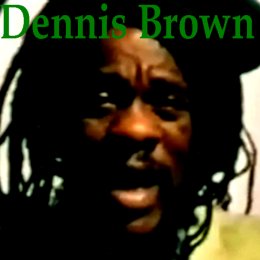 WWW, December 2009 - A tight guitar, Jamaica's finest horn section, backing vocals, they serve as foundation for Mikey Dread while he shares his true feelings about hisd, and our, lifes. His legacy speaks for itself, as it keeps blessing people for decades and decades to come!

WWW, December 2009 - In yet another move in what has become a war against Dancehall waged by "gay rights activists", Dancehall star Beenie Man was banned from performing at a New Zealand festival for lyrics he wrote and performed before signing the "Reggae Compassion Act". A hot issue!