WWW, December 6 2009 - In 2009, the Dubroom lost an enormous amount of information and historical data when the Messageboards went off-line, one day in February.

When it took more than a technical outage would explain, I had to find out just what was the matter.

I discovered stories which told how the CEO of the hosting company had fled his country because of some mortgage-fraud issues (Click on picture to read more).

It was clear that everything that had ever been posted on the boards would go into the memory hole of Cyberspace and I had to find a new home for the Dubroom Message Boards. 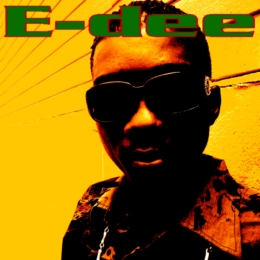 WWW, December 6 2009 - One of the nice things in Reggae Music is the fact that Riddims can be used universally, throughout times and places, and they will always be contemporary. When E-Dee calls for Revolution in this massive January 8, 2008 release.

WWW, December 2009 - Starting with a couple of his legendary radio jingles from the time he became the first Reggae radio DJ in Jamaica, Industrial Spy is filled with sound effects as a more than crucial Dub is playing in not just the background.

ROCKERS ROADSHOW WITH MIKEY DREAD (FROM THE DUBROOM MESSAGE BOARDS) WWW, December 2009 - Mikey Dread's involvement with now classic Reggae Video's previously aired on UK TV did not limit itself to the magnificent "Deep Roots" series. "Rockers Roadshow" is another one, and it's about to come out on DVD. Check out some video's on the Dubroom Message Boards.