WWW, May 12 2008 - Babylon prefers to keep her true identity hidden for everyone, especially the ones who work for her.

However, we can know about her in a book called "Revelation". In this book, Mystery Babylon is identified to the fullness and her upcoming downfall is described in detail as well.

Still, just reading the book isn't enough either. There is much to research, and the many who do that research all uncover aspects of the Mystery that really had been hidden for centuries.

Crucial remixes of Dubroom riddims with Barry Brown and Ranking Joe at the microphone stand are just a part of the works by the versatile Baroque DUB.

Mellow moods and deep Dub vibes are no stranger to the UK based online DUB artist, who is also very knowledgeable about video production. His many releases display a multi-talented producer who will appeal to especially the lovers of electronically driven music.

MESSIAN DREAD SPIRITUAL UPDATE MAY 12, 2008: A REASONING WITH ZEPH DANIEL

A REASONING WITH ZEPH DANIEL
MESSIAN DREAD SPIRITUAL UPDATE MAY 12, 2008 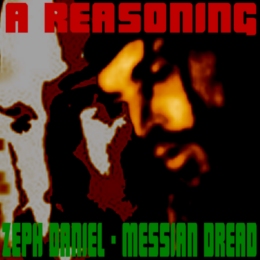 WWW, May 2008 - Yesterday, Zeph Daniel and I had a reasoning which was recorded and is now available for download. The spiritual reasoning had a wide variety of topics and also includes some revelations about myself which I had not been talking about in this detail before.

Things are not always going the way we think they should be going. Last year, for example, I was under the impression that 2008 would mark a lot of new musical works but Jah had other ideas.

It had been quite a while since Zeph Daniel and I had a public reasoning. Our last one was in January, and in the meantime too much things have been happening. Zeph was called to move forward from the Radio Shows that he was doing, I myself am in a strange period too as I am led to write about Mystery Babylon rather than to work on music.

The reasoning we did yesterday covered a wide variety of topics, but most of it had everything to do with our spiritual lifes and identities.

About Yesus, Who heals. About people who need something tangible in order to believe in Jah, whether it's the Bible or the emperor. About my journey to the other side of the planet and about my handicap. About music and the program Reason which is crucial to produce massive tunes, too.

The wide variety of topics were all approached from the context of the strange time we are living in, spiritually. There is wars and many rumors of wars, there is a huge financial crisis, people are getting more and more hungry to know what's going on.

During the reasoning, I discovered just why I was led to write my series about Mystery Babylon rather than to work on music. The reason is, that people are actually hungry. They want to know if there is a way out of Babylon, they want to know how far they themselves have been initiated into the Mystery.

If you're interested in the spiritual aspects of the Dubroom, you might just want to check out the reasoning and be blessed.