WWW, December 5 2008 - When I started to expose what was going on in the "Christian Reggae Scene", before it became the "Gospel Reggae Industry" that it now is, all hell broke loose.

I faced the mechanism which is used by Babylon, to keep her slaves... policing each other.

It's actually very logical, and it goes like this.

The reason why people would come together and form a "Christian Reggae Scene" in itself has nothing to do with the Teachings of Yesus Kristos.

It's basically the search for a good feeling, a false sense of "safety", wherein one does not have to face the dangers that come with freedom. 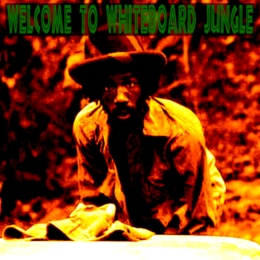 WWW, November 2008 - Whiteboard is the first of a two-part Podcast in the Two Tone tradition that gave birth to a whole movement in the UK during the 1980's. 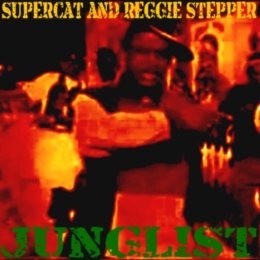 WWW, November 2008 - In the 1990's, there was an explosion of Drum and Bass, or Jungle, or whatever the name was.
The music was brand new, and it sound like this.

WWW, November 2008 - Whiteboard is the first of a two-part Podcast in the Two Tone tradition that gave birth to a whole movement in the UK during the 1980's.

Two-tone was a form of up-tempo Reggae called Ska. It was not to be confused with 1960's Jamaican Ska, as it combined Reggae with other forms of Music as well.

The name Two-tone referred to black and white, which have to unite in a divided society like the UK in the 1980's where the Movement was born. Black and white youths came together and created a whole new culture. Even the neo-nazi Skinheads had to take their names from Jamaica, who also had their Skinheads in the 1960's.

It's true, just like Ska, skinheads originally existed in Jamaica during the 1960's. You could therefore even say, that Neo-Nazi Skinheads are skinheads who forgot their roots.

The idea and philosophy of Two-Tone can also be found in Reggae Music. Most Reggae groups and collectives in the UK had black and white members, both influencing the development of what we now know as UK DUB and ROOTS.

In Whiteboard Jungle, we explore some of the better material that is produced in the UK throughout the recent years. Material which would could be called "Two Tone Reggae" if you will. Material by bands like Nucleus Roots and producers like Steve Vibronics.

We also take a short excursion to the UK, where the Punky Reggae party continues with Dub Heads like the Phaser Selector Sound.

The show starts up rather laid-back. Nice vibes to chill-out to. About half-way through, the vibe starts to become more and more DUB. Aba Shanti, Nucleus Roots, Vibronics: they certainly war the heart of every self-respecting lover of the better DUB.

DOWNLOAD BROADCAST (MP3)
No comments: Link(s) to this Message

WWW, November 2008 - In the 1990's, there was an explosion of Drum and Bass, or Jungle, or whatever the name was. The music was brand new, and it sound like this.

Supercat and Reggie Stepper get together for an extremely danceable tune: It's called Drum 'n' Bass, or Jungle: an ultra deep bass with a breakbeat on top of it, et voila: there was a mysterious combination of highly energetic drums and an ultra-cool bassline.

The Sound of the Nineties: check it!