WWW, May 2 2008 - There are basically two ways of being introduced to the nature of Mystery Babylon.

The first one is through initiation. Initiation is nothing more or less than being introduced to secret teachings and knowledge. And so, there are many forms of it. Participating in a ritual at the Bohemian Grove like the elite is one, but your very own education or even upbringing can make you an adept as well.

In order to be initiated, you must show the Mystery that you are willing to -or unable to discern that you're- becoming a slave that will do his/her part to forward into the goal that Mystery Babylon has: preparing the planet for the return of the Nephilim under a global rule of Lucifer or Satan.

The "secret knowledge" you're being introduced to, however, will turn out to be nothing more than all you need to know to function as a good slave of the Luciferian Shitstem. 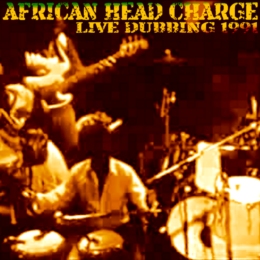 WWW, May 2008 - One of the most difficult things to perform while doing a live Reggae concert is to Dub It Up live and direct. Adrian Sherwood's On-U sound is one of the few to do it, for example with African Head Charge.

A hard, militant Steppers drums combined with a pumping bassline form the foundation of what seems to be a majestic improvisation by one of the leading names in the UK DUB business.

Echo's, reverbs. Vocals and instruments dropping in and out.

The band and the engineer behind the mixing board interact kind of smooth as the music takes us to dimensions that usually a concert will not really take you.