WWW, April 15 2008 - Before Hitler created his concentration camps wherein the most terrible experiments were committed, the word "eugenics" had already been introduced on a world-wide scale.

The writer of Hitler's race laws, for example, had close ties to the American society for eugenics.

This society aimed to sterilize people who they considered to be bad for the human race as a whole. In their case, this would basically be everyone but the white European of a certain IQ.

When Hitler went to achieve that goal "just a little bit too enthusiastically", the idea of eugenics went undercover.

One of it's off-shoots is now know as "Planned Parenthood"...

ISRAEL VIBRATION - LIVITY IN THE HOOD 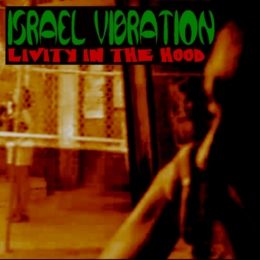 WWW, April 2008 - Livity In The Hood is hard what that hood is a concrete jungle. In 3 minutes and 39 seconds, Israel Vibration shows what life in the ghetto is all about.

"You got to give respect, to get respect", sings the Jamaican Vocal Harmony Group that started off with their legendary album The Same Song. It sounds like the obvious, but when you live in the ghetto the obvious becomes a mechanism of survival.

Yes, things are dread inna Babylon. The Movement of Rastafari is known for many attempts to try and make things upfull in the ghetto's throughout the world, a things which we can seen and hear in sight and sound in this videoclip.