WWW, November 19 2008 - After joining the "Christian Reggae Scene", I came to the horrible realization that I found myself in the midst of some of the most Babylonian schemes I could imagine.

"Christians" with "dreadlocks" would tell me they would only do it to "gain trust from Rasta's", so that they could turn him into a good Babylonian.

They would imitate the outward appearance of what is usually perceived as a Rasta, but they would not feel any attachment, any identification with Rasta whatsoever.

In their own Christian publications, I started to read how some of them were laughing about Bob Marley's death, how they would say things like: "Among Rastafarians, it is an honor to kill people who disagree with them" and so on. 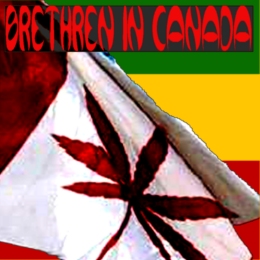 WWW, November 2008 - Brethren in Canada? Sure thing! It's not only the title of one of the tracks in this highly danceable mix of Jamaican, UK and Canadian Reggae, it's a statement of fact too. 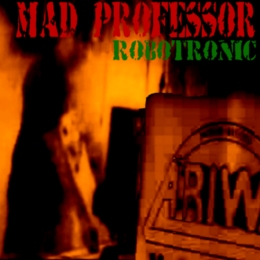 WWW, November 2008 - In this ultra-rare video clip, we see the King of UK DUB while listening to one of his DUB excursions into Outer Space.

WWW, November 2008 - Brethren in Canada? Sure thing! It's not only the title of one of the tracks in this highly danceable mix of Jamaican, UK and Canadian Reggae, it's a statement of fact too.

Canada's Reggae history is almost as old as Reggae itself. When Jackie Mittoo settled down in Toronto in 1969, he was one of the first to introduce the music to the second largest country of the world.

He wasn't the last, either. Roots singer Willi Williams, for example, is another one. The list goes further and shows the long time relationship of Canada with Reggae Music.

Brethren in Canada? Of course!

The people behind the Toronto-based Dub Connection Podcast give us a few crucial Canadian Reggae tunes and combined them with some of the better works from Jamaica and the UK from roughly the early 1980's until now.

WWW, November 2008 - In this ultra-rare video clip, we see the King of UK DUB while listening to one of his DUB excursions into Outer Space.

The junglist drums just go too well with the deep bass, as Neil Fraser a.k.a. the Mad Professor mixes everything into a deep, deep DUB. He has been mixing in his Ariwa Studio ever since his humble beginnings, before growing out to one of the leading forces in UK DUB and ROOTS.

Is he the King of UK DUB? Ah, well, there are a lot of titles thrown around, and many are just to signify the importance of the persons who receive these titles.

Judge for yourself, as the Mad Professor takes us into Outer Space with yet another Hi Quality Deep Bass DUB tunes!