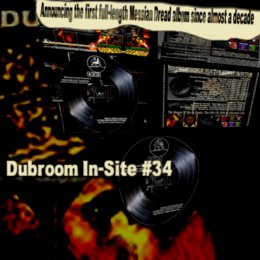 WWW, August 5 2014 - This Episode 34 of Dubroom In-Site announces the first full-length Messian Dread album since almost a decade and sums up the latest improvements to the availability of Dubroom music. Thanks for reading, feedback more than welcome!

In a recent personal musical update, a mention was made concerning efforts to release a physical CD with full Artwork. At the time of that update, the CD was going through an approval process. It's current status is that tomorrow or the day after a proof-copy will be sent to the Dubroom for review. When everything is found to be in order, the CD will be available from AMAZON.com for a reasonable price. The disc will have four bonus tracks and will last a full 70 minutes. When everything goes the way it preferably will, the CD should be available sometime next month.

The disc will be the CD version of an album that will be released for free download from August 10 to 21, so that is in a few days time. Every day, another track will be made available for free download. The free download album contains twelve tracks, the CD has a bonus tracks. The CD will come in true full quality CD audio taken directly from the master files and will include full Artwork. It is, however, a service for those people that like to have a physical CD of this first full-length Messian Dread album since almost a decade.

The album has the rather theatrical but nevertheless quite truthful title "Messian Dread Presents A Heavyweight Dubwise Selection Without Objection". All the tracks on the album are original Dubroom riddims, and they feature a whole host of excellent to even legendary vocalists like U Roy, Prince Jazzbo, Papa Kojak, Seamus, Ras Khaleel and others. 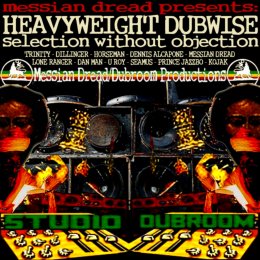 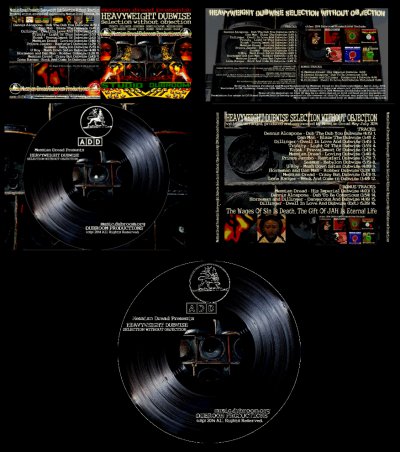 All tracks have been created between May and June of this year, after obtaining several vocal licenses and a lot of work in the Dubroom studio. They are all original Dubroom riddims and productions. Everything is created and mixed in the Dubroom studio although some loops with Horns and Percussion were used, and of course the vocals. These vocalists obviously deserve respect, in this case respect in the form of the best the Dubroom can produce at the moment. Those interested in these more technical aspects should read this article and visit studio.dubroom.org or dubroom.yuku.com on a regular basis as more information is added.

With the increase in number of releases comes the increase of websites from where you can download Dubroom music. Where the music was previously available at SOUNDCLICK.com, ICOMPOSITIONS.com, LAST.fm, VERSIONIST.net and REVERBNATION.com this has been expanded to  AMAZON.com and MYSPACE.com. In a way, you can add You Tube to this list as well, given the fact that already two full length tracks have been release in the form of official videos.

The Dubroom was and is founded in 1997 to promote (DUB) Reggae and Consciousness. Everything reviewed, published and even released should be seen as an act of promotion of (DUB) Reggae and/or Consciousness as you can find it more or less described throughout the entire Dubroom network of website, blogs and message boards. This doesn't mean that our releases are to be seen as promotional material in the sense of "free to copy and paste for my own promotion".

MP3/Wav releases before 2014 are released under Creative Commons Copyright, but not the material released since around April/May of this year 2014.

And not the midifiles, either. We are trying to reach out to the people of www.tempa.co.uk who release a tune "Blue Eyez" by someone called "Skream". This individual has used a midifile from midi.dubroom.org, pressed "play" on his midiplayer and added some sounds, in order to release it commercially under his own name. Throughout the years, the track has been viewed well over 150,000 times on YouTube which should at least trigger some response to the Dubroom for it is this website and it's attached studio where the musical track was originally created and released.