WWW, November 7 2008 - Babylon has managed to make the majority of people doing basically nothing but chasing for a good feeling.

In this mind-set, there is no room for what really is the key to Step Out Of Babylon.

That key, namely, is a word.

And that key-word is: Truth.

The Truth Shall Set You Free, and those who do not "Love The Truth", will be "Sent A Strong Delusion", so that they will "Believe The Lie". 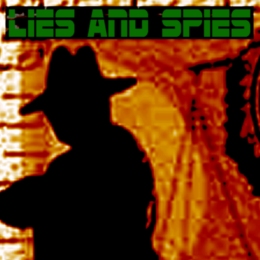 WWW, November 2008 - After enjoying the full length, you'll still be wondering about the title. However, since you just have been served with another DUB Experience extraordinary, that will not be a problem at all.

A RASTA IN THE WHITE HOUSE? (A BABYLON OBSERVER OBSERVATION) 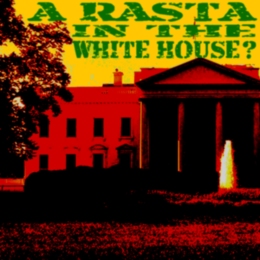 WWW, November 2008 - Millions of people celebrate on the streets as the first Black president of the USA is a fact. Will their hopes be fulfilled?

WWW, November 2008 - After enjoying the full length, you'll still be wondering about the title. However, since you just have been served with another DUB Experience extraordinary, that will not be a problem at all.

Linvall Thompson and Horace Andy are two vocalists whose voices can be heard on some tracks in this compilation of Jamaican DUB from around the late 1970's, early 80's.

Linvall Thompson is very much predominant, which is nice since he has done a lot for the development of DUB. Not just does his voice sound crucial in echo's, he is also an acclaimed producer without who we could never have enjoyed so many Dubs that we now know by heart.

Many of these Dubs are played in "Lies and Spies", along with some lesser known material.

Watch your speakers on this one, by the way. One tune can be significantly louder than the other one....


DOWNLOAD BROADCAST (MP3)
MORE FROM THIS BROADCASTER
No comments: Link(s) to this Message

A RASTA IN THE WHITE HOUSE?

A RASTA IN THE WHITE HOUSE?
A BABYLON OBSERVER OBSERVATION

WWW, November 2008 - Millions of people celebrate on the streets as the first Black president of the USA is a fact. Will their hopes be fulfilled?

The first Black president of the USA is a fact. A fact to rejoice over, which is exactly what millions of people did when it became clear that Barack Obama had won the election.

Months earlier, Reggae singer Coco Tea released a tune with a video in which he expressed his support for Obama. Carrying the Red Gold and Green, he voiced the hopes of many for "change". A cynic would say, that Coco Tea almost presented Obama as a Rastaman.

A Rasta in the White House?

Of course, the first Black president of the USA is a fact and that is a thing which in itself is very important. However, the reason why this is important has to do directly with the fact that Babylon is a reality.

In his speech after it became known that he had won the election, Barak Obama referred to the days of slavery. He spoke about a long way from the slave plantation to the White House, even though he did not use these words.

Millions of people were taken from Afrika, to work as slaves in what was called the "New World". This was part of a process which started in ancient times and we have come to identify her as Mystery Babylon.

Does Obama deserve the support of those that know themselves to Chant Down Babylon? Will he remember that the White House was built by Black Slaves?

Let's make a short list of things he should do and not neglect, if that was the case. Let's see, if our joy can stay a little longer. will Obama really make a "Change", as he promised? Will he at least try to reverse what has been done to the people of the world especially these last eight years during the Bush era?

Let's see...
No comments: Link(s) to this Message