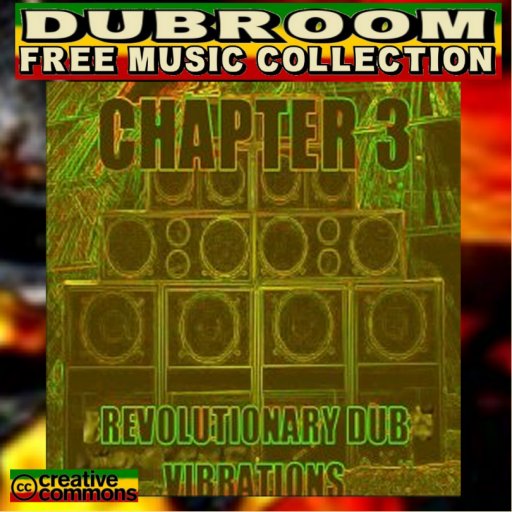 WWW, August 2012 -With an opening track like Fullness' "The King Shall Return", a massive DUB Version of his "Arise" Riddim, the tone is set for the third chapter in the Revolutionary Dub Vibrations series. Don Fe and El Bib once more compiled some very appreciloved DUB productions, and not just their own!

Names like Earlyw~rm, Fullness, Digikal Roots, GadManDubs, Steve Steppa and Muflon DUB: they will most certainly ring more than a bell to those who have followed the Online DUB Artist Community throughout the times of the Internet. They're all present on this 22-track compilation. A wide variety of DUB Styles, very well produced and in High Quality. This album has music which will certainly please the lovers of the better DUB.

First, already mentioned, the opening track. A true opening track, a solid Steppers also present on his album "Arise", which features excellent singer Izyah Davis. Full filtering and echoings galore! Then: Prince Jamo's "Lioness Protects Her Cub" is an analogue, old skool mix done in a style that recalls the vibes of Scientist and -indeed- Prince Jammy. It takes a loooooooong time before the Drums finally enters, while the bass is EQ'd to the max. Too technical? Just listen!

It's really nice to get acquainted with the wide variety of styles there really is when it comes to contemporary DUB producers. DUB has long passed the time of being an obscure remix of Reggae into the Culture that it has become today, as this compilation "simply" shows!


DOWNLOAD ALBUM - MORE FROM THIS NET LABEL
No comments: