The two substance don't mix too well. Still, the ancient book of Daniel recorded the Most High describing the last version of Babylon System as such.

The book even goes further and explains just what's going on: "Just as iron and clay do not mix, they will mingle themselves with the seed of men".

And what does the last version of Babylon Shitstem, just before her final downfall have to do with "the seed of men"?


ITEMS FOR THIS EDITION:
STEPPIN YOUTH VINTAGE ROOTS MIX
ROSHTOVARI: WHAT'S IN A NAME?
No comments: Link(s) to this Message 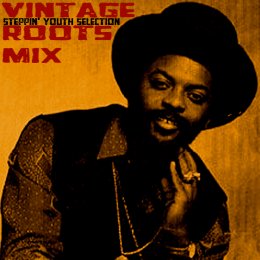 WWW, February 2008 - And you thought "Vintage Roots" would refer to 1970's Reggae Music? Think again: this is the 21st Century and the Paris based Steppin' Youth Sound System makes sure you won't forget that.

Fifty Minutes of rather contemporary Roots Reggae that will even make the Preterists realize that not everything nice must come from the distant past!


In this superb episode of the Steppin' Youth Podcast series, we're not going back further than the year 1990. At least, not until the last minutes of the excellent show.

Still, we at the Dubroom are sure that those who think that the only good Reggae comes from the 1970's will know themselves to be proven wrong after listening to the fifty minutes of Roots and Culture preserved in this Podcast.

The STEPPIN' YOUTH VINTAGE ROOTS MIX brings us some Conscious vocal tracks with their excellent DUB versions, skillfully mixed into one experience. A little extra echo here, a little wheel or rewind there: from the top to the very last drop this mix carries the mark of the connoisseur.

Regular visitors of the Dubroom will in the meantime have gotten used to the High Quality, Deep Roots played by the French Sound System, but those who read this review and never heard of STEPPIN' YOUTH before, have no more excuse.

ROSHTOVARI: WHAT'S IN A NAME?

ROSHTOVARI: WHAT'S IN A NAME? 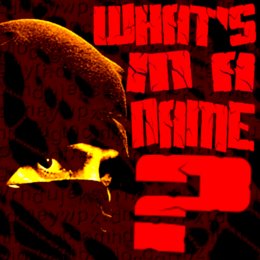 WWW, February 2008 - Posting on the Dubroom Message Boards is definitely not for the weakhearts, especially not when you focus on the study and meditation of spiritual topics. You might just find someone stealing your name in order to spread the opposite of where you stand for.

In May 2006, that's almost 2 years ago, one member of the Dubroom Messageboards adopted a name that was -to say the least- very original. Ever since, RoshTovAri used this name to post his thoughtful meditations and contributions on a number of websites.

The name RoshTovAri is obviously a sign of respect to Rastafari and to what could loosely be called "Messianic believes" as the phrase goes in certain circles. It's quite an original name, and the chances that someone would come up with the same name are kind of low.

Just recently, though, RoshTovAri -a student of the Holy Scriptures and it's culture- found out how his name had been hijacked and not just that. He found out, just how his name is even used to spread quite the opposite of what the original RoshTovAri stands for!

After doing some in-depth research, the real RoshTovAri found out how the person that hijacked his name fits the description of an agent-provocateur more than anything else. Not only does this person write things that the original RoshTovAri would never write, he also does it in the name of "Orthodox Judaism".

A look to the picture that the agent-provocateur uses on several websites reveals even more. It's a rather frightening picture of a "Ninja" threatening to throw Stars of David at anyone who takes a look. 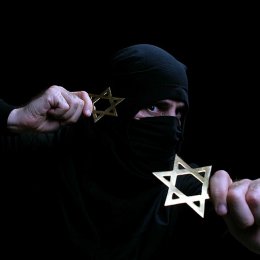 Here we obviously have a man-on-a-mission and that mission seems to be to create confusion between those that claim to be Orthodox Jews and those who are of the Messianic belief, as the phrase goes to describe ones like the real RoshTovAri.

Apart from posting on websites that clearly state how no one of that Messianic faith is welcome to post, in other words, websites where the real RoshTovAri would never post, he is also very active on YouTube where we can find him using foul language in writing his comments on things about Yeshuah Mashiach (Yesus Kristos, Jesus Christ) like "Schmuck" and "Nut" and even tells people to (quote) "die"...

On other websites, the agent-provocateur claims to be an Orthodox Jew, which makes it even more bizarre. Why would an "Orthodox Jew" adopt a name that is clearly Messianic? Of course, on the Internet "anyone" could claim to be "anything". However, the fact that this individual posts on websites that in their turn claim to be Orthodox Jewish as well, does raise questions.

Further research by the real and original RoshTovAri revealed, how this imitator has been using the name-that-is-not-his' since may 2007. That's about a year after the real RoshTovAri adopted the name for himself first on the Dubroom Messageboards and later on a number of other websites as well.

In an in-depth exposure on the Dubroom Message Boards, the real RoshTovAri sounded the alarm bell and provided all the necessary evidence to reveal how this is indeed a serious situation.

Beware of Imitators, especially when they clearly have a reason to do so!

CLICK HERE FOR MORE AND/OR TO REPLY
No comments: Link(s) to this Message