WWW, May 15 2008 - Why did the early Rastas know, that the shitstem which took them from Africa to work on what one "founding father" called "The New Atlantis", was known by the name "Babylon"?

For there are many names one could give to such a shitstem.

No, it's not "just" the sufferation one and ones have to go through until this very day, even though slavery is said to have been abolished a long time ago.

No, it's not "just" the fact that the name is in the Bible for that very same Bible is used until this very day to keep people in slavery while the many mistranslations are obvious.

And no, it's not even the fact that the one and only king who can claim to be a descendant of King David happens to be the Ethiopian Emperor who named himself after Yesus Kristos to show Who he was representing. 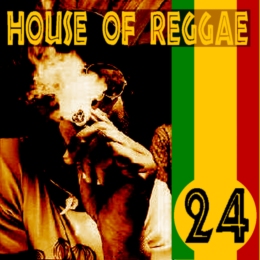 WWW, May 2008 - This episode of the essential House of Reggae podcast completes what could be called "learn Reggae in 24 hours". Packed with crucial sounds and information, our host provides us with knowledge and overstanding once again.

Yes, this is episode 24. But over here at the Dubroom we hope that Ian will continue to bless us with good vibes from his London based House of Reggae.

The House of Reggae stands on solid rock, on a lonely height, because there is no podcast like this one. For every episode, our host does extensive research and with every tune, he knows something to say that will enhance not only our positive experience while listening to the music, but our knowledge as well. 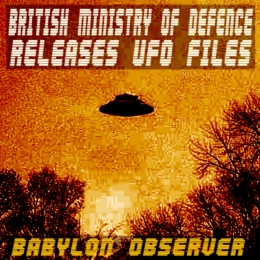 WWW, May 14 2008 - Today, the British Ministry of Defence (MoD) started releasing formerly classified UFO Files. The first batch of material is available now on the official UK Government website and can be downloaded for free during the first month.

According to the MoD's press release at May 14 2008, the decision to release the files is the direct result of the countless Freedom Of Information requests concerning the UFO Files.

The MoD also states that the only interest they really have in the UFO phenomena is "solely to establish whether UK airspace may have been compromised by hostile or unauthorised military activity".

Below is the original Press Release as found on the MoD Website. A PDF is available here. The UK National Archives have also put a PODCAST (MP3) and an INSTRUCTION VIDEO (WMV) on their website.

The first in a series of Ministry of Defence UFO files, dating back to the 1970s, have been released on The National Archives' website today, Wednesday 14 May 2008.

The files include descriptions of alleged Unidentified Aerial Phenomenon or "UFO" sightings and subsequent MOD evaluations of the reports.

The MOD receives a large number of requests each year for information relating to UFOs, and so has introduced a system to meet this demand by releasing these historic files in a structured way.

The rest of the files are currently under review and will be added to The National Archives over the next three years.

To date, independent experts have concluded that there are straightforward explanations behind alleged UFO reports, such as aircraft lights or natural phenomena.

Reports of UFOs are examined by the Ministry of Defence solely to establish whether UK airspace may have been compromised by hostile or unauthorised military activity.

If required, sighting reports are examined with the assistance of the Department's air defence experts. Unless there is evidence of a potential threat, no further work is undertaken to identify the nature of each sighting reported.

The Ministry of Defence has no other interest or role regarding UFO matters and does not consider questions regarding the existence or otherwise of extraterrestrial life-forms.

The MOD now routinely releases information on reported UFO sightings. This information can be found on the MOD website, through our Freedom Of Information Publication Scheme.