WWW, May 30 2008 - Parlez vous Babylonaise? Hopefully not. But most of us know her language very good.

You could go to a church, only to find out that the preacher is basically telling you to be a good Babylonian as a sign of being a good Christian.

You could go to a school, only to find out that you are again being told just how to be a good Babylonian, learning all you have to do to work for the system and not an inch more.

You could live in Afghanistan, where there's more bombs coming down from airplanes than water out of the clouds, and you will be told that all of this is to create a World Order. 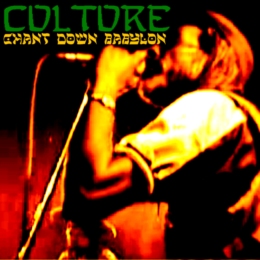 WWW, May 2008 - Before Joseph Hill unfortunately passed away, he was the lead singer of the vocal harmony group Culture. Their live performances blessed people on a world-wide level and thanks to video's like this, the blessing will continue for a long time to come. 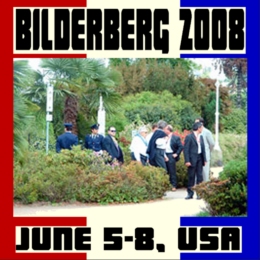 WWW, May 2008 -Every year, the global elite gather themselves to plan their next step in the game of global engineering. Every year, researchers do their best to find out where they gather.

Bilderberg 2008: we can read it from the official government websites while members of parliament ask questions. The Babylon Observer reports and translates official Dutch government statements.

WWW, May 2008 - Before Joseph Hill unfortunately passed away, he was the lead singer of the vocal harmony group Culture. Their live performances blessed people on a world-wide level and thanks to video's like this, the blessing will continue for a long time to come.

Joseph Hill's voice is very similar to that of Winston "Burning Spear" Rodney, yet it would be a great injustice to not consider either one original and powerful in their own works.

"Chant Down Babylon" is perfectly showing Culture's militancy and heartical vibe, as the group -with band- once again shows what they're capable of.

"The Riddim Is Full Of Culture, Yah"!

WWW, May 2008 -Every year, the global elite gather themselves to plan their next step in the game of global engineering. Every year, researchers do their best to find out where they gather.

Bilderberg 2008: we can read it from the official government websites while members of parliament ask questions. The Babylon Observer reports and translates official Dutch government statements.

A news item from the Dutch Foreign ministry website:

On Thursday, June 5, they will be received by President Bush at the White House. Topics to be discussed include the international political situation including developments in Afghanistan and the economic cooperation between the United States and the Netherlands.

Subsequently, the Prime Minister will participate in the annual Bilderberg conference, which this year will be held in Chantilly, VA., USA.
ORIGINAL URL - PDF PRINT

We've added a PDF print of the press release, just in case the last paragraph might be deleted. This is case, namely at the same press release as found at the official website of the Dutch embassy in Washington DC.

Well, what's the big deal? The Bilderberger conference is increasingly under public scrutiny. As many researchers uncover, year after year, just where this private gathering of the global elite takes place and who participates in what is an illegal conference, the governments of the world cannot keep it a secret anymore.

The conference was founded by Prince Bernhard of the Netherlands in the 1950's, with the intention to gather the rulers and presidents of multinationals, chief editors of the press and others in the world of Global Engineering together at a secret place where they can "say what they want" without having to "fear public scrutiny".

Decisions of a global nature are being made at these conferences. You will see future presidents of the USA, future ministers of European states, et cetera.

Members of the press are only invited when they shut up, and so, they will not mention what they hear. They join the corps and will deny even that there is such a thing as the Bilderberger Conference.

Until recently, that is.

Bilderberg 2008: We can read how Dutch prime minister Jan Peter Balkenende is going to visit George W. Bush and the annual Bilderberg Conference, which is to take place at Chantilly in the USA.

Unlike previous years, we don't read it of the bilderberg.org website, main source for news concerning the conference, we read it straight of the website from the Dutch Ministry of Foreign Affairs. We could also have read it on the website of Harry van Bommel, a member of Dutch Parliament who has asked questions concerning the Bilderberg Conference.

According to reports in the international media, prime minister Balkenende will attend the mysterious Bilderberger conference early June. At these conferences, the problems of the world are discussed by political and business leaders. In secret. Earlier, also queen Beatrix too part in the conferences. Questions from my side concerning the nature of the gatherings were answered unsatisfactory. In spite of that, I deemed it necessary to ask questions now that the prime minister is going too. Obviously he is not there as a private person, but as the prime minister of the Netherlands. Subsequently, we should be able to know to what he's going to say there!

The questions he subsequently asks, are (translation by Babylon Observer):

1. Is it true that during your journey to the USA upcoming June, you will visit the Bilderberger conference?

2. Will more members of the government attend the conference? If so, who? Will the queen also be there again?

3. What is the topic of the conference and what will be your contribution? Does the queen also have an active participation to the gathering? If so, which one?

4. Can you reveal policy-targets for the conference and are you willing to send a report to the Parliament, wherein you reveal what the Netherlands have achieved? If not, why not?

5. When the conference is closed again, can you reveal in which way the Parliament can practice parliamental scrutiny on a gathering wherein prominent members of government and perhaps even the head of state participate?

Crucial questions. The Dutch prime minister will not be happy with the fact that officially, member of parliament have a right to get satisfactory answers to their questions. That's the rules of democracy which they claim are in place. But then, two years ago, they had to answer questions asked by Harry van Bommel too.

Again, from the website of Harry van Bommel, and translated by the Babylon Observer, the attachment mentioned in the previous quote.

1. Is it true that the queen attended the Bilderberger conference that took place last June in Ottawa, Canada? (1)

2. Under whose responsibility do remarks and actions over there by the queen take place?

1
Yes. Her Majesty the Queen is used to attend these annual conferences. In attachment 1 you find a press release by the conference in question wherein also the topics and participants are listed. This press release is also sent to the ANP (Dutch Press Agency, BO)

2
Participation of the Queen in the Bilderberg conferences fall under the joint responsibility of the prime minister and the minister of Foreign Affairs.

3
No. This is a closed conference. For the rest see my answer to question 1.

1) Deposited to the Central Information Point of Parliament

The fact that the member of the Dutch parliament has asked these questions, and the fact that answers had to be given, provides official documentation of a conference of which even the mere existence was denied until recently.

Thanks to the power of the Internet and the many websites that use their webspaces to provide and forward the information that we really just have a right to have anyway, governments of the world are forced to at least admit what it is they are doing.

When a member of any government, or heads of states like the Dutch queen, acts under responsibility of their prime minister, but it is not public what they do and speak about, we have a serious violation of democratic rights.

But then, we know, democracy in itself is -like all these other forms of states such as the republic or the monarchy- just another illusion in the world of George Orwell's 1984, where Big Brother Is Watching You and most of all: takes care of us without us knowing...
No comments: