WWW, November 25 2008 - It takes temptation and a willingness to go into that temptation, in order to land in a brothel.

Physically, and spiritually too.

When I joined the Christian Reggae Scene as an answer to an invitation, I also acted out of temptation and I had a willingness to spiritually fornicate.

I was not Walking in Truth. And I should have known better, too.

Before I started the Dubroom, I had already found out -the hard way, I might add- that to work for any Church or Organization, is in fact to work for the System.

The Church and State System, where people who are supposed to be the spiritual examples are nothing but workers for the System. 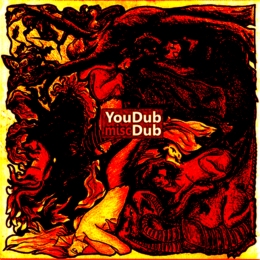 WWW, November 2008 - Sometimes, you shouldn't be discouraged by the title of a tune. Or a Podcast. For the "miscellaneous" category in DUB is everything but a pimped trashcan.

This is for those that want their DUB in each and every (im)possible way. 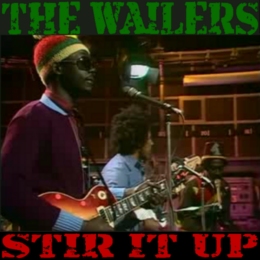 At least, most of the time. There were artists who playbacked.

WWW, November 2008 - Sometimes, you shouldn't be discouraged by the title of a tune. Or a Podcast. For the "miscellaneous" category in DUB is everything but a pimped trashcan.

This is for those that want their DUB in each and every (im)possible way.

Finn the Giant and Polish based Muflon DUB are two Online Artists that fit perfectly well with the Twinkle Brothers and UK DUBheads Manasseh and The Equalizer.

We're going into several styles and regions in this Podcast, after all.

With a title like this, there are some who would expect a mix-up of indefinable material that is usually indefinable because of their poor quality. The "miscellaneous" category, after all, is invented for such things.

At least, not in DUB. Listen to the evidence as it is presented to you in this Podcast. We go from one DUB Vibe into the next without pain and suffering, and realize how rich the Art that give name to this website really is.

WWW, November 2008 - The "Old Grey Whistle Test" was a UK program, where artists performed live. At least, most of the time. There were artists who playbacked.

Even though the video is presented as a live performance, it is more than clear that the Wailers (Peter Tosh, Bunny Wailer and Bob Marley) playbacked their way through the song.

The year was 1973 and the Wailers were still threegether. Peter, Bob and Bunny traveled to the UK for some performances, among which this one at the Old Grey Whistle Test. They don't look to happy, either, and those who know "The Bob Marley Story" will recognize the frustration in the eyes of the three brethren and the musicians behind them.