WWW, April 4 2008 - The gods of yesterday are the "aliens" of today. Everyone who has done at least a little bit of research in the phenomena will say this.

There are several types of "aliens", the most popular obviously being the typical "Grey".

There are also "Aryan" aliens, usually called "Nordics" because of their very white skin, their very blond hair, et cetera.

The "Nordics" are often described as very loving full, very concerned with the "evolution of mankind", and they are known to contact people all over the world with a message that is strikingly similar with that of the New Age Movement and other Babylonian religions.

Are these "Nordics" the very same "Aryans" that Hitler ranted about??

ITEMS FOR THIS EDITION:
Friday, April 4, 2008
THE SCIENCE OF SCIENTIST MIX
JAB JAB - GRAND DAD (LIVE AT REVOLVER 1978)
No comments: Link(s) to this Message

THE SCIENCE OF SCIENTIST MIX 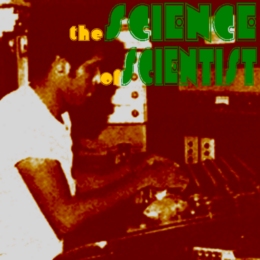 WWW, March 2008 - King Tubby is the Father of DUB. The Scientist was one of his direct pupils. He quickly became one of the leading names within DUB, still known for his excellent DUBs released on the Greensleeves label.

These Dubs were done in the start to mid 1980's, and the bulk of selections in this Podcast come from that era. Crucial, because they show how long after many on Jamaica thought DUB was a thing of the past, Scientist took it to a next level.

His genius DUB Mixes of Roots Radics tracks recorded in Channel One Studio gave birth to a series on the Greensleeves Label that stands as a must- have for every self-respecting collector of DUB Reggae.

THE SCIENCE OF SCIENTIST proofs why.

Listen to some of the most genius works in the field of DUB, and consider that all of this was done without the assistance of digital technology that blesses producers and engineers in this era.

Listen to the fat beats of Channel One's studio's, and listen how Scientist takes the equipment of King Tubby's and manages to make his own sound and trademark with it.

Take into consideration that he was around 20, when most of the music was produced that you can listen to in the 70 minutes of this High Quality Podcast.

Realize why Scientist remains to be honored as one of the originators of DUB as you experience some of the fattest Dubs made in the early 1980's. 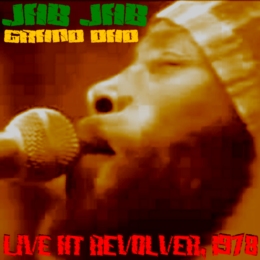 WWW, April 2008 - In this rare 1978 footage, we can see and hear some Punky Reggae as UK Roots Reggae band Jab Jab performs for a live studio audience.

Like the other recordings done for the "Revolver" program in the UK back in 1978, this video clip is really, really dated. It's the kind of video that you don't just watch to see the (excellent) musicians, since the audience is at least as interesting because of the antiquarian nature.

The Reggae Music played by Jab Jab is rough and though, militant and energetic. As the band starts to play on a turning stage (70's, remember?), the crowd starts to dance and the rest is...