WWW, May 11 2008 - The word "Apocalypse" produces images of war and total destruction into the minds of most people. It even goes so far, that the word is being applied when such situations are described: in such cases, we speak about "Apocalyptic Proportions" and so on.

In a way, we have been conditioned to define "Apocalypse" as "total destruction".

However, the actual meaning of the word is quite different, as we can see when we look to the title of the last book of the Bible, known as "Revelation".

Originally, the title of the book is "The Apocalypse".

And so, "Revelation" is actually the true translation (rather than definition) of the word.

DUBROOM VIDEO REVIEW: JOE HIGGS - THERE IS A REWARD FOR ME

JOE HIGGS - THERE IS A REWARD FOR ME
DUBROOM VIDEO REVIEW 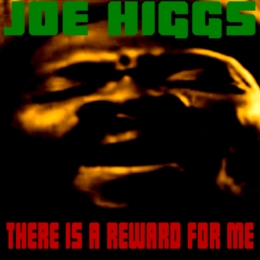 WWW, May 2008 - "It doesn't sound like Reggae, but it is", says the man who is called "Father of Reggae" just before he starts singing with his acoustic guitar to accompany him.

Joe Higgs unfortunately passed away in 1999. However, in a way, that makes this particular video and song kind of having an impact. As the brother has been teaching too many vocalists to mention just how to sing and thing, he is definitely responsible for the world-wide positive influence of Reggae and Rasta lyrics.

Is there a reward for him?

Of course there is.

And he is probably enjoying it to the fullness at the time we are watching and listening to this heart-felt document of hope in Jah and His Righteousness. 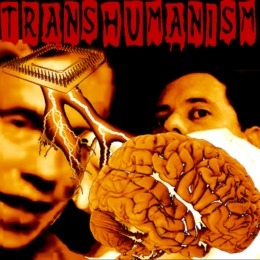 WWW, May 2008 - "Humans won't have a lot of power anymore", says the scientist. He continues: "they will be an inferior species because the cyborgs will display superior intellect".

Science fiction? Not quite...

The difference between this video and Hollywood's multi-million dollar cash machines, however, is that we are living in a day and age wherein scientists are actually working on the destruction of humanity as we know it, only to change/replace us with better controllable hybrids.

It's not a joke, which becomes clear after watching this video. In a clear way, the viewer is being introduced to the morbid and diabolical "developments" that brings us closer to that time which is described in the last book of the Bible.

A time, of which it is said that the Beast System (Babylon) will "put a mark in people's head or right hand without which one cannot buy or sell".

This mark is usually known as the Mark Of The Beast.

People who will fall into the propaganda that is exposed in this video, will -as clearly stated in the video itself- lose their humanity. They will no longer be part of the race that was created by the Most High. And as a result of that, they will be unable to receive the redemption offered by the Most High.

"What does it profit a man to gain the world but lose his soul?", Someone once said. The answer is given in the ten minutes of Scary Scientifical Stuff.

Watch and don't deny what you see and hear!

JAH Willing, I will be interviewed today by Zeph Daniel for his new podcast No Religionistas. It has been a long time since we had a public reasoning and it is my hope that everything will be for the multiple glory of JAH.

If/When the I(nter)view is public, i'll let you know...

One Love, Give Thanks,
Messian Dread
No comments: