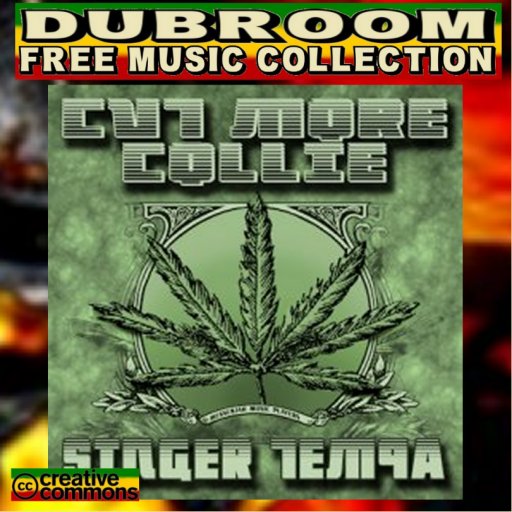 WWW, July 2014 - In this May 2014 release from the Maltese Net Label DUB KEY, we are getting introduced to Singer Tempa inna Showcase Stylee! UK DUB and Roots Reggae as authentic as it can be, from the top to the very last (DUB) drop. Skillfully played by the MessenJah Music Players, mixed by Apocalypse Dub Faction's Rod Chaplin, and skillfully voiced by a veteran in conscious Roots Reggae. Read on and download this gem for free!

First things first: this is Singer Tempa's debute album. He is the house MC for the Lion Heart Sound System, while he voices for MessenJah as well. Yes, he is based in the UK where a culture of Roots Reggae Sound Systems dates back decades. It is in this culture that Singer Tempa was born and where he grew his vocal talents by continually performing with sounds.

"Cut More Collie" is a ShowCase album. You will get the vocal tracks but the dub versions as well. Niceness fe true. Four vocals, four dubs, one Discomix long. Everything in the UK Roots and DUB Tradition, which simply means a massive piece of work that cannot be absent in your collection of better and higher quality free/legal DUB Reggae Music.

A crucial release by DUBKEY once again!