WWW, April 13 2008 - When asked for the definition of Fascism, Mussolini said it was the fusion of the political and corporate worlds.

In other words, the power and the money.

We see exactly this being practiced all over the so-called "free world" and beyond. "Free market", "privatization", armies hiring private companies to basically do the job and much more of the same proofs it.

Everything becomes merchandize, even when it is not supposed to be treated as such.

Even stronger: every one becomes merchandize, as the planet becomes a global plantation. 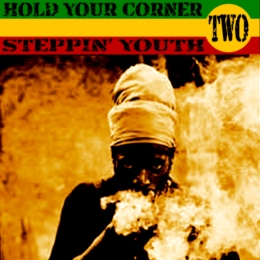 WWW, April 2008 - The second part of the "Hold Your Corner" triplet by the French Steppin' Youth Sound System starts off with Stevie Wonder's tribute to Bob Marley. In the 51 minutes that follow, we hear a fine selection of contemporary Jamaican and UK DUB, Roots and Dancehall.

Reggae Music is not really a style. It's a rhythm, that's why tunes are usually called "riddims". Riddims can be played in a wide variety of styles, which is perfectly clear after listening to Hold Your Corner Part Two.

Starting off with Stevie Wonder's "Master Blaster", going further into a fusion of Hip Hop and Dancehall, continuing with more pure forms of Jamaican Dancehall and Roots, moving forward into UK DUB and Roots: this is a skillful presentation of the versatility of the Reggae Rhythm. 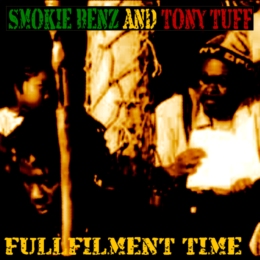 WWW, April 2008 - In this video, a German production, Jamaican vocalists Tony Tuff and Smokie Benz sing and chant about the fact that prophecy must fullfill "in our time".

Abortion, tribal wars, living inna Babylon is being confronted with her ugly face on a daily basis. Especially when you are living in a so-called Third World country, that is.

Smokie Benz and Tony Tuff know this to the fullness. The Jamaican vocalists know that Babylon is a reality and causing the sufferation. They equally know how this is all described in the Book of Books where the comming downfall of Babylon is predicted as well.