WWW, March 5 2008 - On both sides of what is "coincidentally" called the Atlantic Ocean, the year 1776 marked a significant milestone.

On both sides of the ocean, workers for Mystery Babylon founded something which they hoped would bring back the days of Atlantis on the planet.

Founding Father Francis Bacon wrote a book called "The New Atlantis" and the Illuminati went on to take over Europe for the next step towards the New Age.

They called it the New World Order and put it on the American One Dollar bill somewhere in the last century.

Apart from the words Novos Ordos Seclorum (New World Order) and the year 1776, the very same picture also has an interesting depiction of the Great Pyramid in Egypt. 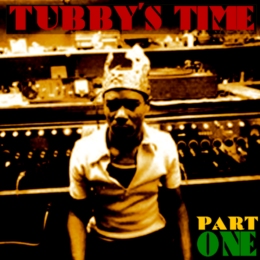 WWW, March 2008 - Time for a deep excursion into King Tubby's Time in the first episode of a crucial two-part series on the Godfather and (thus) King of DUB. Time for a Tribute to the King who was so brutally shot to death about two decades ago.

Unlike Channel One and Studio One, King Tubby's studio did not have a studio band. There was simply no place for it. He did record singers and DJ's, though, and most of all: thousands and thousands of DUB Remixes.

The original multi-track tapes were taken to him by countless of producers, who would record the music in one of the other studio's. But without the mark of the King of DUB, no self-respecting producer could release their music, or so it seemed back in the days.

Tubby's Time takes us back to that time. A time before there was a mention of electronica and automated mixing boards, even though the engineers at King Tubby's dreamt about them. Deep, deep DUB in a time wherein everyone was still a pioneer and King Tubby was still living to rule them all... WWW, March 2008 - A few weeks ago I video-taped what I can only describe as a flying serpent in the nightly sky and decided to share some of the material online.

Flying serpents of all sorts and kinds have been video-taped at least since 1994, but we can find descriptions and even depictions of them at archeological sites as well as in ancient books, including the Bible:

for out of the serpent's root shall come forth a cockatrice, and his fruit [shall be] a fiery flying serpent. (Isa 14:29b)

The flying serpents come in all kinds of form and varieties, but there is definitely a common thread to be found among the sightings that I read about and have been having myself as well.

Most of all, they are supernatural as the appear and disappear into our visible spectrum. NASA has taped them in the infra-red spectrum but they (dis)appear from there as well. They will also appear in people's houses and around people themselves.

The serpent I recorded on video a few weeks ago, was flying around in the sky. I recorded about 30 minutes material, and have seen the serpent become like a lightning sphere as well. 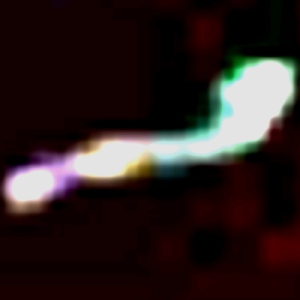 I truly don't know what it is exactly that I recorded, other than that I know the flying serpents to be connected with entities called The Watchers, sometimes also called the Songs of God and mentioned in Genesis 6 and the Ethiopian Book of Enoch.

To me, it seemed like the serpent was struggling bigtime to stay where it was. I tried to keep the camera as quiet as I could, but it kept moving all the time. There were long periods in which the serpent changed into a blue-and-yellow sphere, but then it moved as well.

I'm not interested in putting everything online, as I'm not sharing this material in order to proof anything. I don't care whether people believe in the existence of UFO's and thing, because that doesn't change reality at all.