WWW, November 16 2008 - Just how did I discover myself in Babylon, when I found myself in the midst of "Christian Reggae Artists"?

There wasn't just one incident which led me to realize this, but more a train of events that showed a pattern. A pattern, which just spelled the word b.a.b.y.l.o.n.

It turned out, that I had found myself in the midst of "Christians" whose definition of "truth" came straight out of Satan's "Book of the Law".

Their "truth" was a quest for a good feeling, at the cost of everything that caused "bad feelings". 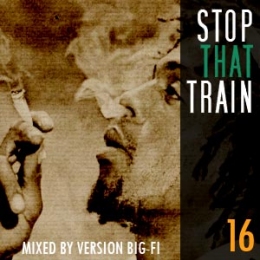 WWW, November 2008 - You know why they have been nominated for the 2008 Reggae Academy Awards after listening to Version Big-Fi track which opens Stop that Train #16. 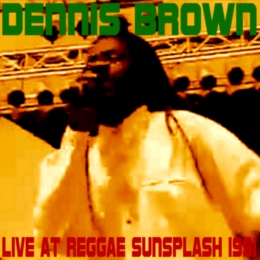 WWW, November 2008 - See the Crown Prince of Reggae performing for an enormous crowd at the Mother of all Reggae Festivals in Jamaica!

WWW, November 2008 - You know why they have been nominated for the 2008 Reggae Academy Awards after listening to Version Big-Fi track which opens Stop that Train #16.

In the previous Stop That Train episode we explored realms where Reggae purists would never go. We heard how DUB has influences reaching well beyond the borders of Reggae.

The set that makes up Stop That Train #16 is quite different. We go from Rockers to Rub a DUB, to Ska and Rocksteady, even to the hilarious "Dub Auctioneer" which will put at least a smile on your face as you hear... an auctioneer, over a stressed up Jungle beat.

Tone 396 is a producer, whose interesting remix of the Bob Marley Classic will want you to find out more about him. The Punky Reggae party continues with The Ruts and there's a couple of Ire DJ tracks by Charlie Chaplin and Ranking Joe as well to keep us moving and grooving as we explore the deeper realms of DUB in the same set.

WWW, November 2008 - See the Crown Prince of Reggae performing for an enormous crowd at the Mother of all Reggae Festivals in Jamaica!

The music is tight and the band is basic: there's nothing left of the "big band approach" which marked the 1970's when people like Dennis Brown and Peter Tosh were touring the world.

Keyboards replace the horns and digital drums replace the acoustic set, this is the sound of the nineties after Jamaica went through a decade of musical turmoil and the phrase "Roots" got a whole new meaning.