WWW, January 30 2009 - Today's edition of Dubroom online is livicated to Neil Fraser, aka the Mad Professor. Specifically, we focus on his works in 2007 with a video interview and review of a crucial Dub album he did in that very same year.

He is truly more than just an example and source of inspiration for me, as he is one of the most strong powers within the musical art called DUB ever since he started back some decades ago.

One thing that makes him really one of the most interesting producers also outside the field of Reggae, is that he uses acoustic or analogue instruments like a drum and subsequently makes them sound synthetic.

Usually, it is done the other way around. But the Mad Professor does things different today, where they will all do it tomorrow.

He surely is DUB, in a way. A man called DUB. 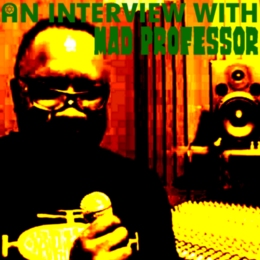 WWW, January 2009 - He's not "just" releasing one crucial album after the other, the Mad Professor is also continually touring the world with some DUB show. In this video, we see him as he visits Tel Aviv and gives an interview to reggae.co.il 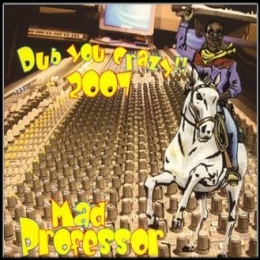 Fourteen top DUB shots from the hands of the man who was there when UK DUB started a few decades ago, and who is still there, dwelling at the top of DUB producers world-wide.

WWW, January 2009 - He's not "just" releasing one crucial album after the other, the Mad Professor is also continually touring the world with some DUB show. In this video, we see him as he visits Tel Aviv and gives an interview to reggae.co.il

Where did Neil Fraser get his name "Mad Professor" from? He's explaining it in the start on the almost 5 minutes long video. It didn't come when he built his Ariwa studio...

His many travels as well as the fact he's worked with a list of artists that is just too long to mention, obviously keep teaching him a lot of things. He mentions some of them, specifically he talks about his time with Lee Perry, which dates back to the mid 1980's.

Unfortunately, there are some glitches in the sound as the microphone doesn't really seem to work as it should. However, everything is pretty well understandable and just too good to not at least watch one time, when you're into getting to know one of the best DUB Producers the music has ever known!

Fourteen top DUB shots from the hands of the man who was there when UK DUB started a few decades ago, and who is still there, dwelling at the top of DUB producers world-wide.

It says a thing, especially on this album. Created in 2007, it seems to look back at the 1980's when Neil Fraser set up the Ariwa Studio's and the history that came after that.

We hear a variety of riddims and effects, some which definitely date back to the 1980's. The spring reverb, for example. Many of the riddims are of the very same style that Mad Professor made to come out of his studio during the last three decades, some with effects he used in the 1990's.

More of the enormous amount of work that came out of the Ariwa studio during these last decades can be tasted, when you consider the wide variety of different vocalists which drop in and out of the mix. All of them, and more, have been singing and chanting into the microphone throughout time.

A surprisingly refreshing, and in the same time kind of really spaced out: the unmatched quality of Mad Professor's work is shown once again and all we can do is say: crucial!
No comments: Link(s) to this Message