WWW, April 20 2008 - Under the banner of something called "Intelligent Design", Darwin's theory of evolution has been criticized throughout the last years.

The discovery of DNA revealed a complexity behind creation that could not be explained by the 19th century writer who inspired his family to become active in Eugenics.

Superficially, the "Intelligent Design" concept sounds sympathetic towards the existence of a Creator, but as a matter of fact a major portion of proponents of the Intelligent Design hypothesis do believe in evolution.

Their explanations as to where mankind is coming from and how we are created, does include Intelligent Design(ers) though... 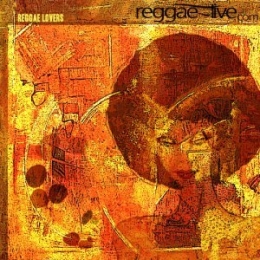 WWW, April 2008 - It's spring time, time for Lovers to come out of their winter sleep and start being active in whatever it is they are doing. Reggae Lovers offers us 30 minutes of pure Lover's Rock and other older forms of sweet Reggae.

Every now and then, a siren or other sound effect enters the non-stop mix. Time for some sweet Lovers Reggae, without really going into the realms of slackness.

In fact, the music in this 30 minute mix comes from times wherein Dancehall and (attached?) slackness wasn't quite born yet. And so: sweetness galore in this special request for all righteous lovers all over the world.

Enjoy Al Campbell, Pat Kelly and many other vocalists as well as the crème de la crème of Jamaican musicians in this thirty minutes of sweetness. 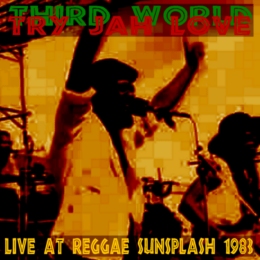 WWW, April 2008 - Jamaican Reggae band Third World had several world hits, of which Try JAH Love was one. In 1983, they more than performed the track at the Jamaican Reggae Sunsplash festival.

Try JAH Love is in many ways an uplifting track.

The tempo and general vibe was adopted from "Disco", a non-Reggae style of music predominant throughout the late 1970's and early 1980's. Electric guitars added a Rock element but the riddim itself is 100% Reggae.

The words are full of wisdom and testify of faith in the Creator Who loves His children and keeps them conscious, upright. Like that other mega-hit entitled "Now That We've Found Love", Third World brings a crucial message from the Creator to an audience of millions.

Third World itself is a Jamaican Reggae band which is more special than it sounds. Most Jamaican Reggae, when played by a band, is played by a studio band rather than a group of musicians who make their own songs and perform these songs in live concerts.

The year is 1982 and the band decided to take almost 7 minutes to perform the magnificent "Try JAH Love" at the mother of all Jamaican Reggae festivals, the Reggae Sunsplash Festival.