WWW, December 4 2008 - It wasn't just my idea, that I could REFORM BABYLON rather than Stepping Out Of Her, which kept me in there until a few years ago.

At least, in that Babylon called the "Christian Reggae Scene", that later turned out become the "Gospel Reggae Industry".

My idea, that I was dealing with Christians who were ignorant about Rasta rather than hating Rasta, led me to tolerate just too many things.

Basically, this is where I came to find out just how Babylon uses her own slaves to police each other and it has to do with "The Fear Of Man".

This "Fear Of Man" is what keeps us in Babylon. 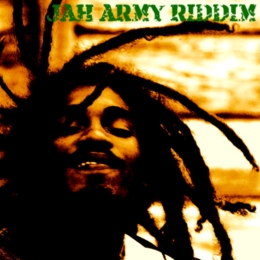 WWW, November 2008 - A more-than-up tempo Steppers, two vocalists and a Dub: This must be Roots Ministry's presentation of the JAH Army Riddim and so it is! 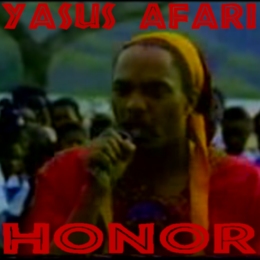 WWW, November 2008 - DUB Poetry is where several forms of Art meet each other in Reggae Music.

WWW, November 2008 - A more-than-up tempo Steppers, two vocalists and a Dub: This must be Roots Ministry's presentation of the JAH Army Riddim and so it is!

It takes the German based Sound System just five minutes to get us straight into the groove of this militant, hard hitting Steppers tune.

Jah Melodie and Zoro chant down Babylon once more and once again, after which we go deeper with a small portion of the energizing DUB version in which the minimalistic Drumbeat becomes even more harder than before.

Keep an eye on this riddim: there must be more and more who want to chant some more!

The music is digital, the poet is Yasus Afari. He is keeping up the tradition of DUB Poetry in Jamaica, and he does so from his consciousness as a Rastaman.

In this video, we see and hear him chanting down Babylon's new world order. Straight to Babylon Head!