WWW, November 11 2008 - A few years ago, I had an experience which taught me a lot about Babylon's enslavement mechanisms.

In fact, it was an experience in which I myself had to Step Out Of Babylon and subsequently had to "face the wrath" of those that also claimed to be against Babylon but were still working for her and not intending to change that either.

An experience, which led me to see self-proclaimed "Evangelical Christians" apply New Age rhetorics and "Reggae Fans" telling me to stop "rebelling against white society", in other words, a total con-fusion or mix-up.

It was, when I started to expose the "Gospel Reggae" Industry for what she really is: just another branch of Babylon System designed to keep the people under control of the Church and State System that she really is. 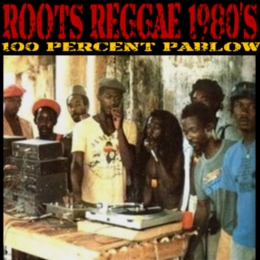 WWW, November 2008 - Singer Sugar Minott is said to be the Godfather of Rub a Dub. He is well represented in this Rub a Dub experience, together with a whole host of Reggae greats. 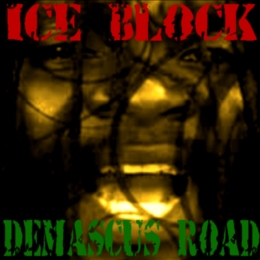 WWW, November 2008 - This Jamaican vocalist sings his conscious message on top of a cool Roots Reggae tune, everything perfectly turned into a video clip by Wayne Benjamin.

WWW, November 2008 - Singer Sugar Minott is said to be the Godfather of Rub a Dub. He is well represented in this Rub a Dub experience, together with a whole host of Reggae greats.

The 1980's marked a lot of changes for the Jamaican Music culture. As the Rockers slowed down and the studio's were able to get a fatter sound, a brand new style was born and it was called Rub a Dub style.

Today, it is both recognized as a form of early Dancehall Reggae but equally this style should not be considered as anything else but Roots Reggae.

In this Podcast, we explore especially the singers in Rub a Dub. Singers like Sugar Minott, who is said to be the godfather of the genre. Singers like Barrington Levy, Dennis Brown and Cornell Campbell.

A few Dub versions as well as a couple of DJ tracks complete a great, great excursion into some really crucial material from that time in which the studio's went from almost completely analogue to almost completely digital.

WWW, November 2008 - This Jamaican vocalist sings his conscious message on top of a cool Roots Reggae tune, everything perfectly turned into a video clip by Wayne Benjamin.

Many people inna Babylon more or less like what they are doing. At least, they think so. As around them Babylon is falling, they have to pretend that "everything is okay".

It's called "living in a lie", and Ice Block is not going to join the madness.