WWW, March 16 2008 - The ancient Maya claim that their civilization was founded by a white man whose symbol is the flying serpent.

His name is Quetzalquatl, and he looks suspiciously like Nimrod, the founder of Bab-el. He wasn't a human being, at least not anymore, and was in direct communication with the Great Serpent, Satan himself.

He build the Pyramids where so many child sacrifice would be practiced, and taught the ancient Maya's exactly the same religion as he did throughout the rest of the world where he came.

At the time he was about to die, he told the Maya that he would go away but would return later with a lot of white people to complete building his civilization.

Sunday, March 16, 2008
DENNIS ALCAPONE AND LONE RANGER
No comments: Link(s) to this Message 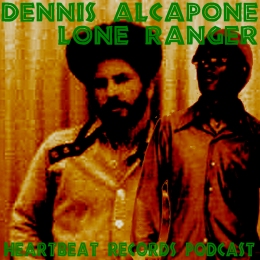 WWW, March 2008 - Dennis Alcapone and Lone Ranger are known for their legendary work as a DJ on many Studio One releases. The 5th episode of the official Heartbeat Records Podcast plays some recently re-released material by the two DJ's with their versions.

Studio One is to be considered by every lover of Reggae Music. Too many riddims have originated in Coxsonne Dodd's studio. Too many artists entered the studio during some early time in their carrier.

Not every artist stayed with Studio One all the way, though. In fact, most moved on.

Not so with the Reggae DJ Lone Ranger. His classic "Other Side Of DUB" was recently re-issued by Heartbeat Records and this Podcast features a couple of tunes from that album with their version.

DJ Dennis Alcapone also had a crucial album released by Studio One, which was recently re-released by the American label. Forever Version is the name, and it gets the same treat by host Joshua B: we hear the DJ track and another version.