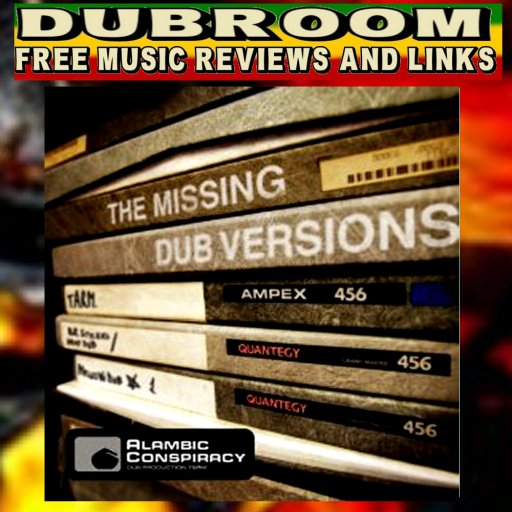 WWW, June 2011 - San Martino di Campagna, Italy. It's December 2010 and the Alambic Conspiracy DUB Studio is settling down in this new location, north of Venice. When everything is put in place, some older recording pop up: the Missing DUB Versions. With names like BR Stylers and Zion Train to name just two, these DUB Versions have fortunately now been found. Sixteen DUB Versions, that is!

The outstanding work on The Missing DUB Versions is not just found in the incredible riddims that serve as the foundation found on this album. It's equally, perhaps even more, in the art of DUB mixing applied. Most of the things are done in a stricktly old skool tradition of analogue effects and mixing board. Remarkable, when you realize that most of the work was done during the last three years.

Even more remarkable is the fact that according to the conspirators themselves, none of these tracks were ever intended for release. Why that would be, is a question to most: even for the collective themselves. It's truly a very interesting exposition of old skool methodology on new skool Euro and UK Roots Reggae riddims.

From the top to the very last drop, the album continues to have this special vibe. Given the fact that the tracks were recorded by a variety of musicians and studio's, a noteworthy point. The Alambic Conspiracy knows who to mix their DUB and this album will show it to every self respecting lover of the better contemporary DUB.