I privately contacted the man who is now calling himself the founder of the "Gospel Reggae Industry", and provided him with the evidence that proofed him wrong in his public statement about Rastafari.

Remember, I am talking about someone who is quoted in the Christian Media as saying that "among Rastafarians it is an honor to kill people who disagree with them".

In the years that I wasted trying to proof the obvious to him, people were associating him and me and in fact are associating us until this very day.

It took me seven years to discover that I was trying to REFORM BABYLON when I thought that the "Christian Reggae Scene" could be a good influence in helping Christian becoming aware of Babylon Shitstem. 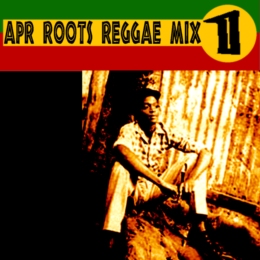 WWW, November 2008 - Except for an excellent Mad Professor release, Roots Reggae Mix Volume One is a hard hitting Rub a Dub Showcase that you can't afford to miss out! 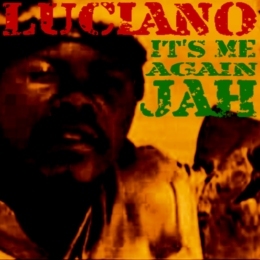 WWW, November 2008 - In 1993, Luciano introduced himself to the people of the world, and to JAH, with an impressive musical track and video clip.

WWW, November 2008 - Except for an excellent Mad Professor release, Roots Reggae Mix Volume One is a hard hitting Rub a Dub Showcase that you can't afford to miss out!

Rub a Dub: Basically, we are talking about Jamaican Dancehall Music before Dancehall became more or less distinct from Reggae in the mid 1980's. Music, which could no longer be called Rockers but was Reggae still.

It began around 1978, 1979 and it went to let's say 1985, 1985. The music became slower, DUB Mixing became a must even in the vocal parts. Deejays went on to have an even more prominent position in Reggae, even more than Dillinger and Jah Stitch.

Long versions, wherein the vocal part could be heard along with a DUB or DJ version, also became more and more obligatory. Albums with such long versions came out as well, often called "Showcase".

DJ APR ("Always Playing Roots") from the Creation Sound in San Diego knows his Rub a Dub. In this first episode of his series of Roots Reggae mixes, he also shows that he knows how to make a Showcase.

Singers, DJ's, DUB mixers, they all unite in this excellent selection that you simply can't afford to miss when you are out there in Cyberspace to find some essential, crucial, hard-to-find Reggae.

LUCIANO - IT'S ME AGAIN JAH

WWW, November 2008 - In 1993, Luciano introduced himself to the people of the world, and to JAH, with an impressive musical track and video clip.

Nowadays, we know him as a long dreadlocked singer, but back in the time he was still growing them. He was growing his faith, too, but by looking at the video and feeling the vibes in the music, you can easily see that that faith was already solid as a rock.