WWW, October 27 2008 - Right from the beginning, Babylon has tricked people into captivity by offering a feeling of security.

This is true for Nimrod's ancient beginnings to the Police States of today where people give up their liberty for security.

A lot of people think it's just fine like that: they don't have to think too hard and can continue to basically strive for a good feeling inside.

And, like every form of Mental Slavery, we have to emancipate ourselves out of it. 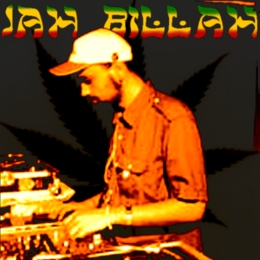 WWW, October 2008 - Brand new at the Dubroom Star Selections Net Label: Croatia based JAH Billah. This week, we will be presenting his EP "Ambassador Of Dub Galactic Nations", one track a day! 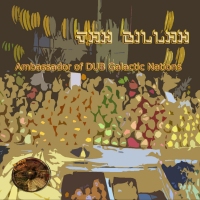 Hailing from the country of Croatia, JAH Billah uses his studio to produce DUB Music in collaboration with artists and producers from all over the world. The remarkable results form a good example of the fruits that the Internet has brought (DUB) Reggae Music.

The Online Artist is a relatively new discipline with the total spectrum we call the Music Business. Unlike the independent artist from pre-Internet days, (s)he has the possibilities that even the rich and famous could only dream of.

Together with computer technology in music production, the Internet enables artists and producers (as if there is a difference between the two) to come together and work on projects even when they are not physically together.

There are several networks and websites specialized in serving the needs of the Online Artist, and one name in these networks is JAH Billah.

He worked with almost all the relevant names in the rather large Online Artist Community, putting his own specific DUB sound over a wide variety of different riddims.

The results of his projects are varied. Because of his extensive network, he has the possibility to get the best out of other artists. In fact, JAH Billah gives these other artists a chance to have their music seriously spiced up with some brutal effects, a deeper bass, and some good company!