WWW, November 14 2008 - I've been listening to Reggae Music, watching what is really going on in the Shitstem, for decades now.

Before I started this website, I had already decided that I would never want to work for no Church or Christian Organization because I saw very clearly just how "Christianity" is nothing more but just another branch of Babylon System.

But there was one thing, that I could never imagine and that very thing led me to become kind of a slave for Babylon too, before I broke free.

That thing was the many, many "Christians" who are somehow involved in Reggae Music somehow and would not take anything that the Rastaman says seriously. 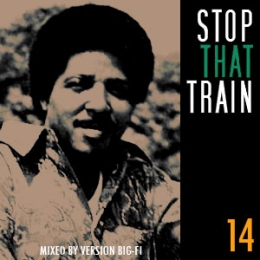 WWW, November 2008 - In what is allready the 14th episode of their superb series of Podcasts, the Version Big-Fi crew comes with another strong and surprising selection of DUB and Reggae. 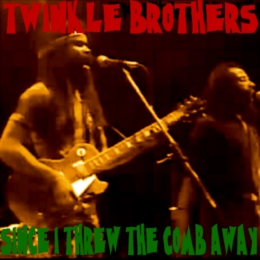 WWW, November 2008 - This Nazarite's Classic performed by the originators at Reggae Sunsplash 1982: another piece of niceness for the eye and ear, the soul and spirit.

WWW, November 2008 - In what is allready the 14th episode of their superb series of Podcasts, the Version Big-Fi crew comes with another strong and surprising selection of DUB and Reggae.

It's not for nothing that UK based Version Big-Fi were nominated for the 2008 Reggae Academy Awards. They do more than "just" releasing original, creative Reggae and Dub. And one of these things is their superb series of Podcasts.
In what is already the 14th episode, old and new skool DUB goes together as we are thrown back- and forward in time throughout the entire 55 minutes.

In one mix, we hear Rockers DUB from the Aggrovators, Trip-Hop from Massive Attack and Tristan Palma's Rub a Dub classic "Joker Smoker" in a full length 12" version.

Next to two home-grown Version Big-fi tunes are included in the Podcast, that is.

WWW, November 2008 - This Nazarite's Classic performed by the originators at Reggae Sunsplash 1982: another piece of niceness for the eye and ear, the soul and spirit.

Reggae Sunsplash can be called the Mother of all Reggae Festivals, and the video recordings made of the many concerts by the many legendary artists have obviously become a must-see for every self-respecting online Reggae fan.

The Twinkle Brother's classic track can be called a true Nazarite's classic as well. Dealing with situations caused by the fact that someone starts to grow dreadlocks, many could and can identify with the words which makes this track extra special.