WWW, January 31 2009 - The recent inauguration of Barack Obama certainly marked a point of "change". However, that "change" has not so much to do with the politicks of the new administration as some would like to believe.

In a video reviewed for today's edition of Dubroom Online, the Babylon Observer reports on a documentary by Dutch public broadcasting company VPRO about a strong lobby in the USA that makes everyone who wants to be someone on politicks (like becoming the president of the USA) pay tribute to them.

It's a quite revealing piece of footage, when you consider how people of several sides are interviewed as they admit to the enormous strength of... the Israel Lobby. 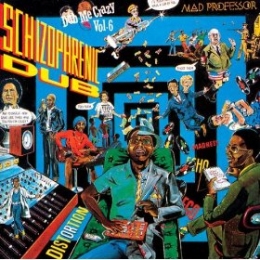 Originally released in 1986 as the 6th part of the crucial Dub Me Crazy series, Schizophrenic DUB contains 12 superb DUB mixes from the hands of Neil Fraser aka the Mad Professor.

A document from a time wherein the sound of Reggae Music was dramatically changing with the introduction of more and more digital technology. 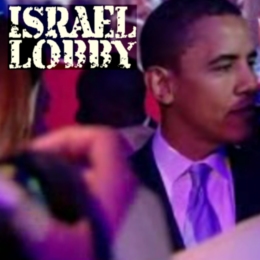 WWW, January 2009 - How can it be that the USA backs up Israel in just about everything this state does? The answer is partly given in the title of this Dutch documentary with English subtitles.

Originally released in 1986 as the 6th part of the crucial Dub Me Crazy series, Schizophrenic DUB contains 12 superb DUB mixes from the hands of Neil Fraser aka the Mad Professor.

A document from a time wherein the sound of Reggae Music was dramatically changing with the introduction of more and more digital technology.

Real drums and drum computer are both used in the production of the riddims on this album, part 6 of Dub Me Crazy. Analog and digital effects go very well together as well.

Short phrases between the tunes, sudden change of one riddim into the next, short clips from one tune used in another: when you think that this was all done in the mid 1980's, you can imagine some of the immense creativity of the Mad Professor.

It was also a time wherein digital technology was introduced in the Reggae studio's more and more, much to the chagrin of people who feared that all this "music-from-a-box" would take the place of creativity and inspiration.

A time wherein cokane was introduced to Jamaica and caused much more than just the music to dramatically change as Ronald Reagan's "War on Drugs" was practiced throughout the whole of South America.

In this time, the Mad Professor produced one crucial album after the other. Just like he's doing now, still, in January 2008. His DUB productions are unmatched until today, while his many releases with a whole army of vocalists complete an oeuvre which takes a predominant place in the (hi)story of Reggae Music as a whole.

WWW, January 2009 - How can it be that the USA backs up Israel in just about everything this state does? The answer is partly given in the title of this Dutch documentary with English subtitles.

The recent strike on Gaza by the Israeli military sent shockwaves among people world-wide. Once again, one might add. There is hardly any conflict in the world that triggers more emotion and even empathy than the Israeli-Palestinian conflict.

It's a conflict where religion, politics, history and ethnicity blend together in an explosive situation. People in the street are the biggest sufferers, as those in power fuel the conflict at the cost of innocent blood, every day.

In this documentary, we try to find an answer to a significant aspect of this complicated matter: the fact that the USA seems to back up the Israeli state in just about everything it does. After all, it is because of this -as it seems- unconditional support that the state of Israel can do what it does.

The documentary was produced by Dutch public broadcasting company VPRO, and is almost completely in English. The few Dutch words spoken are subtitled in the English language.

We'll meet with Richard Perle, a well-known Neo-con and advisor of George Bush. We'll see someone who worked on the presentation that Colin Powell gave to the United Nations which caused the war in Iraq.

We also see an Amerikan evangelical pastor explaining how he has millions and millions of people under his wings who he can, and will, mobilize any time an American politician votes against Israel in some or another resolution.

We see Barack Obama, "presidential candidate", and George Bush as well as Dick Cheney as they visit an organization called AIPAC. This organization is extremely powerful. It seems like every politician who wants to be(come) something in American politics, needs the approval of AIPAC.

We see... The Israel Lobby.