WWW, December 3 2008 - My naive idea that I could REFORM BABYLON where in truth you can do nothing in Babylon but building Babylon even further, came out of the fact that I believed a lie.

I believed, that I had to accept the most outright lies and abominations some people did in public, just because they claimed to be Christian.

I believed, that they were actually Christians, too. I ignored too many things which I knew I should not ignore, just for the sake of "tolerance" and "respect" and what have you.

As I was privately trying to speak out, the ones who I spoke to were not interested and even worse, consciously doing that which I tried to warn them for. 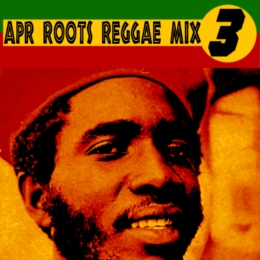 WWW, November 2008 - Right now, in 2008, the words "Roots Reggae" mean quite a different thing than it used to.
Roots Reggae Mix volume 3 shows, how what once was Dancehall now is Roots.

STILL COOL - TO BE POOR IS A CRIME (DUBROOM VIDEO REVIEW) 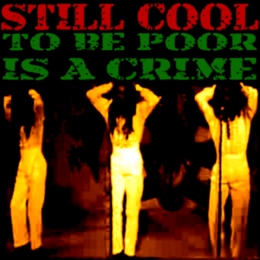 WWW, November 2008 - In this 1979 TV performance by the UK group Still Cool, we see them singing the tune that is a classic until this day.

WWW, November 2008 - Right now, in 2008, the words "Roots Reggae" mean quite a different thing than it used to. Roots Reggae Mix volume 3 shows, how what once was Dancehall now is Roots.

The first two episodes of this excellent excursion into late 1970's, early 1980's Reggae gave us a crucial introduction to Rub a Dub. This early Dancehall Music is now considered to be Roots, and not in the least because many people nowadays to not know the difference between Rockers and Rub a Dub.

Rockers Reggae, in the 1970's, was often called "Roots Reggae" as well. It is the basic form of the rhythm we all love so much, and it was usually played with a numerous amount of musicians participating in the recordings.

When the 1980's began to rise at the horizon of time, the music changed. Keyboards and electronic drums began to have a more predominant place in especially the tracks that were played in the Dancehalls and at Sound Systems.

It was not before Ronald Reagan's war on drugs cause the island of Jamaica to be flooded with cokane while the ganja fields were burned down, that "Dancehall Reggae" slowly became a form of Jamaican music that many see as very distinct from Reggae.

Where Rub a Dub cannot be defined as anything else but Reggae Music, Ragga went clearly beyond that. Some complained about Rub a Dub, but it's follow-up genre called Ragga made many to think that Reggae had ceased to exist and hence the word Roots got a new meaning.

In this third episode, we are being treated to a number of crucial Rub a Dub and Rockers Reggae selection. The difference between the two styles are so evident, that even those that think all Reggae sounds the same will notice it.

STILL COOL - TO BE POOR IS A CRIME

STILL COOL - TO BE POOR IS A CRIME
DUBROOM VIDEO REVIEW

WWW, November 2008 - In this 1979 TV performance by the UK group Still Cool, we see them singing the tune that is a classic until this day.

Don't ask me what these vinyl scratches do in the sound. This is not your average You-Tube clip, where you hear a tune and see photo's: we see the singers as they playback on the tune.

This 1979 video clip is, just like the singers, still cool. An incredibly sensitive UK Roots tune, that unfortunately has a theme which is actual even today, almost thirty years after the video was recorded.