WWW, December 5 2009 - Musically, I haven't produced much this year. Even though 2009 started with a mini Dub album and I've released a couple of singles as well, it was below average.

However, that wasn't all music coming out of Dubroom Star Selections, even though the year was kind of dry when it comes to our own productions.

Heartical himself is continuing his works in his studio, the music will only be released when he is more or less satisfied with the result.

Which, by the way, also counts for me. 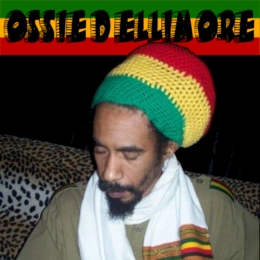 WWW, December 5 2009 - Ossie Dellimore is one of America's most conscious Roots Rock Reggae singers, as he showed on his release "Freedom's Journal". He here rides the riddim played by the (also) US based Easy Stars All-Stars band, and the result is crucial!

WWW, December 2009 - Toasting, singing and singjay style is combined with majestic horns in the beautifull Dub during the second part of this Discomix, courtesy Mikey Dread At The Controls! 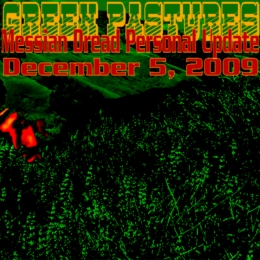 WWW, November/December 2009 - It's been quite a while since I've found the time to write a personal update to those interested in my runnings. In that time, my life has settled more and even though I'm not there yet: it's time for an update!

WWW, November/December 2009 - It's been quite a while since I've found the time to write a personal update to those interested in my runnings. In that time, my life has settled more and even though I'm not there yet: it's time for an update!

In my previous update I shared a bit about the fact that it is absolutely necessary to trust in the Most High at all times, and not in our own sight (or sound). After having been kind of homeless (not: houseless) for two years in which I had to travel up and down to another continent as my home basically was scattered over two continents, my house is my home again.

It's not just, that I'm really grateful to not have to go to Amsterdam Airport again to fly away for a month or so, only to come back in order to prepare for my next flight. That reason in itself is causing a lot of joy and relief in my soul, obviously, as it's really not desirable to be a dread "from Amsterdam" and deal with customs and immigration officers all the time. On top of that, saying goodbye to your loved ones all the time, as they're kind of scattered over two continents and therefore you'll always leave somebody behind, does take a toll on your soul.

The last time I went to Amsterdam Airport wasn't to take the plane anymore, I went straight to arrivals and took the car back to where I live, if you know what I mean here... Of course, a lot of things needed to be done after that which also took a lot of energy, but it was definitely not as energy-taking as the period before that.

In the meantime, I've definitely landed in what the 23rd Psalm describes as "Green Pastures". There's something to say about these pastures, though. For it is so, that indeed Jah is my Shepherd, I Shall Not Want, for He Makes Me To Lay Down in the green pastures. In the abundance of food, there is no need for me to use that food. This is how Jah satisfies my soul at this moment.

In August I was blessed to acquire access to a very large collection of free and legal MP3 files which I can link to straight from the Dubroom. It was clear, that Jah had provided this, also to make me lay down in the green pastures. At this moment I've written all the MP3 reviews for December, wrote most of the columns for the same month too, and as it looks now this will give me a time in which I can really lay my head and rest for a while.

I thank the Lord God Jah for everything He does in my life, I did nothing to deserve it but still He is my Shepherd and I shall not want, because I have.