He is also actively involved in the Dubroom Studio, and we do expect that next year we'll start releasing tunes created in the brand new Studio that we're setting up.

Currently, there are many artists and groups who use the name JAH Roots, but there is only one JAH Roots who were called like that back in the 1980's, and that is the House Band of the Dubroom.

This band started in 1987, and continues to exist today as a collective of musicians. When the new Dubroom studio is finished, which hopefully will be in 2009, we will start releasing their music. 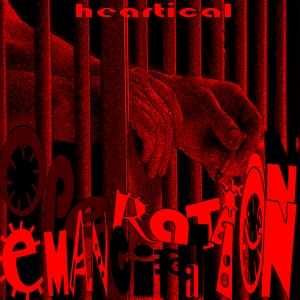 From December 15 to December 25, we will presenting the debut album of Heartical. Click on the cover to check out more about this DUB journey extraordinaire where the Bass goes deep into hyperspace.