WWW, June 10 2008 - Mystery Babylon the Great: she initiates and enslaves, she fornicates with the leaders of nations and has offspring that JAH calls "abominations".

We all have to deal with her, and with her offspring, but this doesn't mean that we should believe her and accept her presence as if it is ordained by the Most High, as if she is what her name means in her own language: Gateway to (the) God(s).

We must, at least spiritually, Step Out Of Babylon and Repatriate to our Creator Who has ordained mankind originally to enjoy everything to the fullness.

The first step of this Spiritual Exodus is to love the Truth, and to not take the pleasure of Babylon as "Jah Love". To not believe them when they tell you how Jah ordained her, but to see the real confusion or fornication that marks the Ignorant Initiated.

So let us Move Out Of Babylon! 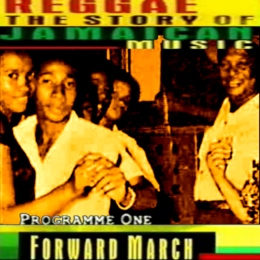 WWW, June 2008 - The first part of this excellent series of documentaries by the BBC takes us back to the 1960's and before, providing tremendous insights into the birth of the music that we like so much. 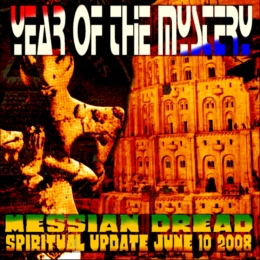 WWW, June 2008 - Last Janurary, I started using my column on the Dubroom Frontpage to write a series on Mystery Babylon. In June, I come to realize that this is my "project of the year" and write an update.

WWW, June 2008 - The first part of this excellent series of documentaries by the BBC takes us back to the 1960's and before, providing tremendous insights into the birth of the music that we like so much.

The UK based documentary deals with the early 1960's, when Jamaica "gained independence" and SKA originated in the celebrations surrounding the events. It doesn't take long before we are introduced to a number of then contemporary artists and go even further back in time to get more knowledge and overstanding.

It's part of on an in-depth series of documentaries that "inform, inspire and enlight" as Mikey Dread used to say. A series that tells the remarkable story of a remarkable music created by a remarkable people.

In about an hour worth of sights and sounds, we see countless artists, producers, and even Jamaican politicians as they tells us how the music originated back in the 1960's and before.

WWW, June 2008 - Last Janurary, I started using my column on the Dubroom Frontpage to write a series on Mystery Babylon. In June, I come to realize that this is my "project of the year" and write an update.

Next to making music, I am spending a lot of time on researching things about Mystery Babylon. From World History to the Supernatural, from Current Events to the not-so-eternal Future of the Mystery identified in so many Reggae Muric Lyrics.

I do so, not just for myself, but more to "add footnotes to Reggae Lyrics", if you will. Not to place critical remarks or so, but to help exposing Wicked Babylon.

Obviously, when I started in using my column to write things about Mystery Babylon in January, I already had a feeling that this could become a long series.

Because of the nature of a column, I could simply speak my mind and share what I have researched. Additionally, the column is almost daily and that gives me the opportunity to touch on just one thought as I only have a few paragraphs.

So I started writing.

About world history, how Babylon tries to create her desired New Order Of The Ages by using her techniques of Problem -> Reaction -> Solution from ancient times until now. About mind control and manipulation, about the mass initiation and the so-called seperation of Church and State.

More recently, I moved deeper as I try to share what I have discovered on a spiritual level. What does it mean, that "Babylon" means "Gateway To (the) God(s)", why is she portrayed as "Mother of Harlots" and what exactly are the "abominations" that she is also the Mother of, according to Jah Rastafari?

I have deep thoughts about this, and my column enables me to share these thoughts. That column is probably just a first step to a much more structured approach which will lekily lead to writing a book.

I didn't expect it, last year. I truly thought I would be moving and grooving in my studio working on new material. But the opposite turned out to be true.

Obviously, Jah knows what He is doing. And I am definitely not saying that I know "all" about Jah or His Will, but as I know myself to be led by the Holy Spirit I do see around me the neccesity for knowledge and overstanding when it comes to Mystery Babylon.

As Christianity and the Movement of Rastafari both are infiltrated by the New Age Movement and other Babylonian sects, we see the con-fusion or spiritual fornication at work before our very eyes and if we don't know what it is we are seeing, we might not realize the horrible reality that is this Mystery.

Time doesn't stop, and we see science coming to the creation of the "post humans" while the real humans are kept in slavery by a system that has to feed on what Jah gave for it is a cursed shitstem. We see an increase of UFO activety, which -if nothing else- shows how the supernatural has entered the laboraties of scientists and thinking of the avarage politicians.

Just like it was in those ancient days, in those days of Noah or Atlantis.

I think, that people need to know about Mystery Babylon. I think, that is is the duty for all of we who do know a little bit, to share what we know. We must share, and research too. We must place it in the Truth Perspective, for the times wherein "Babylon" was just-a-word and could easily be thrown away with the arrogance that is so common for the Initiated Ignorants, is over.

One Love, Give Thanks,
Messian Dread
No comments: Link(s) to this Message