Radio Dubroom 2011 Chapter 1: Ethiopia Shall Stretch Forth Her Hands

ETHIOPIA SHALL STRETCH FORTH HER HAND 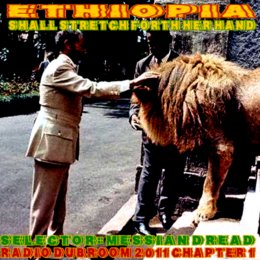 WWW, January 2011 - In the first chapter of Radio Dubroom 2011, we go into an eighty minute experience of contemporary Roots Reggae with a lot of Dubwise to celebrate another series of conscious sounds selected and mixed by Messian Dread.
Reggae Music is in many way African Music, spiritually Ethiopian because of the long-time relation of JAH with that land that is even described in one of the first chapter of Genesis. Long before any of these other names came to common consciousness, that is.
We start of with two dub tracks with their vocal counterpart from Benaiah, taken from the MP#.com legacy. Cool Roots Reggae, followed by Swedish based Lion and UK based Nucleus Roots, each on with a crucial Dub tune.
After that, a small livication to UK based Fullness, whose collaboration with vocalist Izyah Davis is gladly received, reviewed and played here in Radio Dubroom.
More Nucleus Roots and Lion Dub, followed by some heavyweight steppers Dubs from Conscious Sounds, the Blackstarliners, BR Stylers, Alp0ha and Omega to name just a few are followed and form the last part of this chapter.
Feel!
PLAYLIST
01. Benahiah - Traveling Dub (MP3.comLEGACY)
02. Benahiah - Traveling (MP3.comLEGACY)
03. Benahiah - Africa (MP3.com LEGACY)
04. Benahiah - Africa Dub (MP3.comLEGACY)
05. Lion Dub - Undead Dread (MORE)
06. Nucleus Roots - Trooding To Mount Zion (MORE)
07. Fullness and Izyah Davis - Long Dub (MORE)
08. Fullness and Izyah Davis - How Long (MORE)
09. Fullness and Izyah Davis - Arise (MORE)
10. Fullness and Izyah Davis - Arise Dub (MORE)
11. Lion Dub - Dub Forward (MORE)
12. Nucleus Roots - Mankind Dub (MORE)
13. Bush Chemists - Teaching of Love (MORE)
14. Zion Train and Molara - Power Two (MORE)
15. Alpha and Omega with Disciples - Roaring Lion Dub Mix 2 (MORE)
16. BR Stylers - Mada Foundation (MORE)
17. Blackstarliners - Black Star Liner (MORE)
18. Eastern Roots - Triumphant Dub (MORE)
19. Jacin - Let The Dub Play (MORE)
20. Dan I and Slimmah Sound - Dub Crisis (MORE) 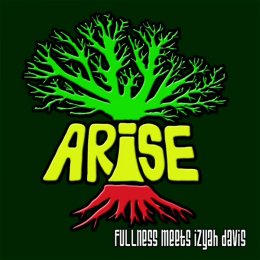 WWW, January 2011 - In this heart-felt Roots Showcase from UK based producer Fullness and vocalist Izyah Davis, the listener is being treated to a massive piece of work in all aspects. From the production to the musical playing, from the vocals to the actual lyrics, ARISE is more than recommended to lovers of (DUB) Roots Reggae.

He's not new on the scene, both online and offline: Gavin Sand, or Fullness as we all (should) know him. Yes, indeed; this is a name not to be ignored. Excellent musical playing, crucial production overall but -arguably- even more important: Dubwise of the quality we all love to experience here, as true lovers of the D-word.

Izyah Davis adds more than just vocals to the excellent production: in an obvious good vibrational interaction with Fullness, he raises his voice up high to the Most High. From the top to the very last drop, we are being treated with some spiritual food that no righteous rootsman would ever be able to deny.

Chanting down Babylon and her iniquity, lifting up the Trinity to the fullness, calling on the people and the so-called leaders, this one is -as said- more than recommended to lovers of (DUB) Roots Reggae.

CLICK HERE IF YOU WANT A COPY OF THE ALBUM
No comments: Link(s) to this Message