It's a principal, a mechanism if you will. Seen and revealed from the perspective of the Creator Who sees the Mystery corrupting His creation and enslaving the people that He created and loves so much.

Throughout this year, we've allready touched upon many of the abominations that came directly as a result of the leaders fornicating with Mystery Babylon: slavery and colonialism, eugenics and outright satanism for example.

But with the Revelation that Jah gave us, we can put this all on a perspective that doesn't just explain many things, but will also set us free. 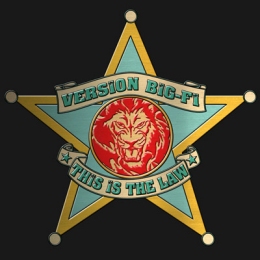 WWW, June 2008 - 1980's Two Tone Ska travels straight into 21th century DUB: Another free MP3 release by the UK based collective who managed to get themselves nominated for the 2008 Reggae Grammy Awards.

WWW, June 2008 - Artists dissing and bashing each other: there's something wrong with certain vibes in the dance.
Tyrical come to chant it down!

WWW, June 2008 - 1980's Two Tone Ska travels straight into 21th century DUB: Another free MP3 release by the UK based collective who managed to get themselves nominated for the 2008 Reggae Grammy Awards.

This three-track EP contains two different versions of the riddim that gave the title to the release, one is played in Two Tone Ska Style, the other one in Reggae.

The third track is a short excursion into a form of music that can best be described as a blend of Soca, Ska, Reggae, House and everything else the Version Big-fi crew could get in there during the 2 minutes and fourty-seven seconds of the track.

DOWNLOAD MUSIC (MP3)
MORE FROM THIS ARTIST
No comments: Link(s) to this Message

WWW, June 2008 - Artists dissing and bashing each other: there's something wrong with certain vibes in the dance. Tyrical come to chant it down!

With guest appearances of such greats as Beenieman and Bounty Killer, Tyrical makes his point: it's better for the artists to come together than to fight guerilla wars with each other, "inspiring" their audience to do the same.