WWW, May 14 2008 - A well-known quote within Reggae Music: "What has been hidden for the wise and the prudent, shall be revealed to the babes and suckling".

Those who listen to Reggae Music, will often be listening to lyrical works that identify the shitstem by that name Babylon. Bible quotations and other in-your-face truths more often than not accompany such Musical Identifications.

Unlike we, who potentially have all the knowledge we need beneath our finger-tips because of the vast amount of knowledge available on the Internet, the early Rastas and Reggae artists did not come to identify Babylon Shitstem after extensive research.

So, how come the shitstem was identified still?

His name may be listed in the urban dictionary as short for "ya bastard", but don't let that fool ya.

Here is a crucial producer at work!

Ya Bass is connected to the UK Based Jah Observer Sound, who has been around ever since the days of the Punky Reggae Party in the UK during the 1970's. His music reflects that of a veteran in Reggae Music, and should not be missed out in any collector's collection.

GET MUSIC, READ MORE ETC
No comments: Link(s) to this Message 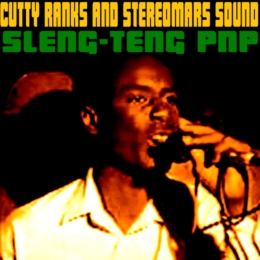 WWW, May 2008 - Even though Reggae Music isn't quite your average political propaganda mechanism, Jamaican politicians will always try and get some Reggae artist to back them up. Twenty-two years ago, DJ Cutty Ranks tried to raise votes for the Jamaican PNP.

Jamaica -and especially Kingston- has the highest murder rate of the world, or close to that. In other words: in Jamaica you have a bigger chance to get killed than in let's say New York City.

When it's election time in Jamaica, violence increases significantly. Gangs of "gun men" killing each other with guns provided to them by...

When it's election time in Jamaica, the politicians all of a sudden begin to show some interest in Reggae Music. They hire artists and thing to help them in their propaganda.

The video reviewed on this page is a 1986 recording of such an event.

As he rides on the Sleng-Teng riddim, brand new and kind of revolutionary in those days, Cutty Ranks bigs up the PNP. The selector doesn't take his hand of the mixing board and the people love it too.