WWW, March 11 2008 - In South-America, you can find skulls and skeletons of ancient rulers. They are called "Cone Heads", because of their unusual shape.

Throughout the world, we find ancient pictures of these very same rulers, for example in Egypt where the Pharaoh's were believed to be children of the gods.

A 4000 year old Sumerian statue shows us, how these beings had a reptilian shape but were very humanoid as well. The statue shows a female being breast-feeding her child, which is kind of unusual since reptiles don't breast-feed their children.

The Bible also speaks about these beings and calls them "Seed of the Serpent".


Tuesday, March 11, 2008
INTRU MENTALITY - A RIDE ON THE B-SIDE
SERPENT SEED - BABYLON OBSERVER REPORT
No comments: Link(s) to this Message

INTRU MENTALITY - A RIDE ON THE B-SIDE

INTRU MENTALITY - A RIDE ON THE B-SIDE
DUBROOM MP3 REVIEW 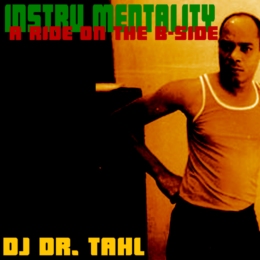 WWW, March 2008 - When the Jamaican labels started to release instrumental versions on the B-sides of their 7" singles back in the 1960's, this marked the start of one of the most innovative disciplines in Music Production, which would be DUB.

Brooklyn based DJ Dr. Tahl introduces us the wonderful world of the B-Side: from instrumental versions to spaced out remixes.

Eek A Mouse made his own blend of DJ-ing and singing popular with the incredible Wa-Do-Dem. "Everyone" knows the tune, but not the DUB Version that came with the original 7" release.

A thing which the Brooklyn based DJ Dr. Tahl can cure for sure, and so he does in this great Version Excursion avant la lettre.

Instru Mentality: A Ride On The B-Side gives us some of the hardest DUBS ever to be released on the Jamaican B-sides. At least, the Podcast gives us the answer as to why certain people are more interested in that B-Side than in the A-side.

DUB definitely brings out the best of Reggae, as the engineer behind the mixing board becomes an artist himself by adding effects and interacting with the recorded music in many other ways as well.

CONEHEADS IN PERU AND SUMERIAN STATUE

WWW, March 2008 - Skulls of Cone Heads in Peru, a Sumerian statue of a cone head Reptilian ruler breast feeding her baby, and an Egyptian picture of a cone head Pharaoh: Introducing the serpent seed that claims "divine right to rule"...

The pictures below show us a particular type of beings that are definitely not human and definitely not animals. You could call them "beasts", though, or "Serpent Seed".

These are the nephilim, the unholy offspring of the Watchers or Sons of God and human women. Many of the nephilim are mentioned by name in ancient manuscripts, as they interacted with the gods and humans while claiming the "divine right to rule". CONEHEAD ANNUNAKI, 4000 BC, SUMERIA
1 comment: Link(s) to this Message