WWW, March 7 2009 - There are just too many reasons why this war should be stopped, most Dubroom readers/visitors will likely agree. At least, this is my estimation.

The satanic "War on Drugs", which already made millions of victims and trillions of dollars in profit for the Police and Prison industry, holds the entire world under it's grip.

Will this ever, eeh, change?

More and more, we hear sounds from the US that seem to indicate that finally there will be some relief in the enormous pressure that herb smokers encounter.

In a recent posting on the Dubroom Message Boards, for example, we could read how certain laws will "possibly" be revised. 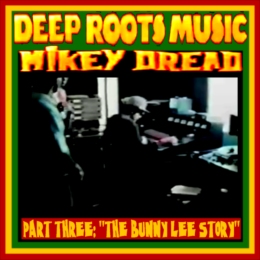 WWW, March 2009 - In the third hour of this excellent six-part series hosted by Mikey Dread, we go straight to the works of Bunny Lee, the "Hit Maker From Jamaica". Get ready for some massive sights and sounds! 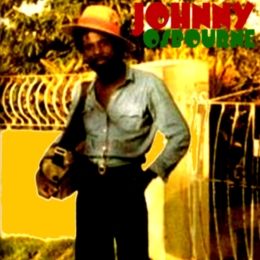 WWW, March 2009 - Cool and deadly Rub a Dub style in Discomix style just cannot be refused: Johnny Osbourne riding a fat drum and bass line as the instruments and effects accompany him to the second part of the mix, where the DUB continues even deeper.

WWW, March 2009 - In the third hour of this excellent six-part series hosted by Mikey Dread, we go straight to the works of Bunny Lee, the "Hit Maker From Jamaica". Get ready for some massive sights and sounds!

Ten o clock in the morning: Bunny Lee, Prince Jammy and Wayne Smith get together for a recording session. The video camera is there too, Mikey Dread has once again chosen a crucial place to check out the vibes in Jamaica during the early 1980's.

After this session, Mikey Dread resumes the story of Duke Reid (see previous episode). Bunny "Stryker" Lee, namely, worked together with Duke Reid. He was on his way to become one of the biggest producers of Jamaica. It was a time wherein beauty contests were in full swing, just like the music mixed by Prince Jammy in the early morning session.

A session where we are taken straight back into, after the short resume. Delroy Wilson is next, after Wayne Smith. We go back to Prince Jammy and Bunny Lee as they work on yet another great production.

When Delroy takes of the headphones, it is time to get to know Bunny Lee and his mother a little bit better. She shares memories, the link to slavery is shown, and we get to know another musical predecessor of Reggae, Mento.

That is, before we go back into the studio. It is time for Bunny Lee to talk about Duke Reid and just how he got to get into the Jamaican Music Business. Time for Delroy Wilson to tell a little bit more about himself, being the veteran singer in the studio, singing before Bunny Lee got into the Music Business.

Bunny Lee is well-known for his works with Johnny Clarke. We meet him, he is in the studio as well. With a soft voice, he speaks about his lyrics and identity as a Rasta.

We continue to go further back in time. To the 1940's. Nat King Cole, an American singer who decades before Johnny Clarke would voice into Bunny Lee's microphone, was an inspiration for the Jamaican singers. He is featured, before we are taken back to the studio where the conversation continues in word and lyric...

Singers continue in the studio to sing into the microphone. Classic tunes, brand new vibes, especially Johnny Clarke is crucial once again, as Prince Jammy rides the mixing board spicing up the sound. He is a protégée of King Tubby, to which the viewer is introduced towards the end of this hour.

The Godfather of DUB unfortunately is not there himself, but Prince Jammy dubs it up and the video camera is there to register it. Bunny Lee skanking on the riddim as the DUB is recorded: a truly unique piece of footage...