WWW, April 22 2008 - The term "Intelligent Design" is often assumed to be just another word for "Creationism": the believe in the existence of a Creator.

However, this is not completely describing all proponents of Intelligent Design. The word is panspermia and the basic idea behind it is the proposal that life was formed by forces outside of planet earth.

In other words, non-human intelligent beings are responsible for the creation of "mankind as we know it".

In a video reviewed for today's edition of Dubroom Online and for the Babylon Observer, we can hear how we are being introduced to scientific data that seems to spell panspermia for almost 30 minutes, only to hear the essence in the last ten seconds... 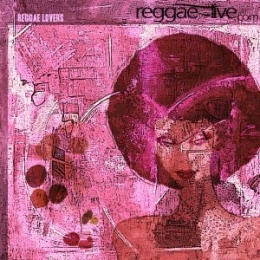 WWW, April 2008 - The second installment of "Reggae Lovers" brings us a selection of Reggae Lovers' tunes from the several decades that Reggae's history is long.

Reggae Music often deals with serious topics, spiritual themes and such. But that doesn't mean the joys of life are forgotten. How can it be, with a music so much connected with the Source of Life?

Love is a part of life, and Reggae Music has some of the sweetest lover's tunes available on the planet and elsewhere. Reggae Lovers part two brings us an excellent, well-balanced representation of Lover's tunes as made throughout the decades of the music's history. 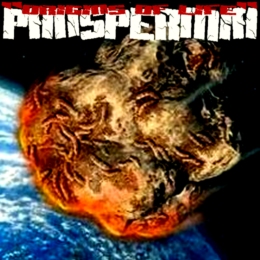 WWW, April 2008 - Not all adherents of "Intelligent Design" are driven by religious ideas. Introducing panspermia, the theory that life on earth was seeded from life elsewhere in the universe.

The "origins of live" are obviously clouded in mystery for those that take the idea of "evolution" seriously. A mystery that scientists have to solve without accepting the fact that there is a Creator.

When everything was formed out of a "big bang", then what caused this "big bang"? And how plausible is the idea that life could be formed out of all this, not to mention the existence of the universe in the first place?

This video explores the idea, that life was "seeded" from "somewhere out there", in other words: organic elements dropped on earth from space. As one scientists points out, space is only 30 kilometers "up there", pointing to the sky.

There's a name for it: panspermia.

Presented by some as the alleged "missing link" between "science" and "religion", the idea that mankind (or life in general) was seeded by beings from elsewhere is nothing less than a scientifical apology for the terrible events that are described in the ancient books and called the "Days Of Noah" by Jesus Christ Himself.

It was then, that beings came down and created offspring with humans called the nephilim. These nephilim were evil and were the direct reason for the Great Flood that covered the planet.

Babylon tries her best to make people believe, that they are actually these nephilim, just like Hitler wanted people to believe they were "Aryans", where Adolph was referring to a race of nephilim from these ancient times.

Panspermia is one of the ways in which she has to prepare the people for a return of the days of Noah.

It cannot be laughed away as some kind of conspiracy theory, as this video is predominantly showing scientists and science as the reference for the idea.

It's an idea, that prepares the way for the next step, which is only touched upon during the last seconds of the video. That next step being the "discovery" of "intelligent life" in outer space...