WWW, November 15 2008 - When you have people who listen to Reggae Music, conscious Reggae Music, and also claim to believe in Jah, you can assume that you are dealing with Conscious people who Chant Down Babylon, right?

At least, not all the time.

I discovered this the hard way, a few years ago, when I found myself surrounded by all kinds of people who claimed to love Yesus Kristos and loved Reggae Music, too.

By then, I had already engaged myself in a few things of which I now say that they were spiritual fornication.

To say it short, I found myself in Babylon and I knew I had to Step Out. 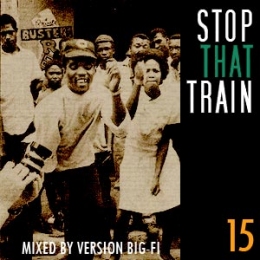 WWW, November 2008 - Just what the Version Big-Fi crew is capable of, can be discovered right at the start of the 15th episode of the Stop That Train Podcast. That's just before they show us just where DUB is capable of! 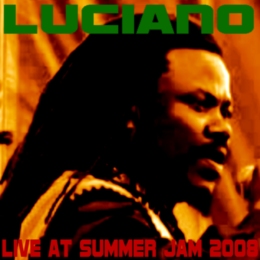 WWW, November 2008 - Germany has a lot of Reggae lovers, and many of them express their love in an enthusiastic way. When a very lively Luciano performs at Summer Jam, the interaction is complete.

WWW, November 2008 - Just what the Version Big-Fi crew is capable of, can be discovered right at the start of the 15th episode of the Stop That Train Podcast. That's just before they show us just where DUB is capable of!

Beware: heavy vibes ahead. Vibes that will not be pleasing to the ear of the Reggae Purist. Vibes, however, all based on the concept that was developed ever since King Tubby released his first spiced up versions.

Kind of like the version that closes Stop that Train #15.

By the time you've landed to Prince Buster's Rocksteady Instrumental, you've heard just about all kinds of styles and genres all labeled DUB.

Online DUB by Polish based DINO Dub and JAH Billah from Croatia, whose music can be downloaded for free at sites like REGGAEDUBWISE.com and MYSPACE.com

Electronica by UK acts the Orb and Beats International show a side of DUB that appeals to millions of people who may not necessarily dig into DUB and (other) Reggae without having been introduced to it by these acts.

Weird electronic music with the energy and aggression of Punk, or tracks that sound like Hip-Hop: expect all of this and more in Stop That Train #15.

WWW, November 2008 - Germany has a lot of Reggae lovers, and many of them express their love in an enthusiastic way. When a very lively Luciano performs at Summer Jam, the interaction is complete.

As Luciano jumps up and down, asking the public if they feel allright, the Messenger delivers another word of wisdom: Give praise to Rastafari, the Almighty.

He delivers the message to the people of Germany, and those that came from other countries to enjoy this large Reggae festival in the heart of Western Europe.