WWW, April 9 2008 - When you combine the knowledge about demons as it was written in the Ethiopian Book of Enoch with the things Adolph Hitler did with many European people, things become really clear.

He used racism to basically get millions of people possessed by evil spirits. Entities who themselves are disembodies spirits of the Nephilim, as Enoch explained.

The possessed people thought they were "Aryans", the "Master Race", but in reality these words described the evil spirits rather than the people.

Getting millions of people possessed by evil spirits was just a step in the Plan that Hitler followed. The next step would have been the creation of the "Neue Mensch" or in English: New Man.

The post-human man, that is...

Wednesday, April 9, 2008
THE SOMA SESSIONS VOLUME ONE
SLAVERY: A GLOBAL INVESTIGATION
BURNING SPEAR - JAH IS MY DRIVER
No comments: Link(s) to this Message

THE SOMA SESSIONS VOLUME ONE 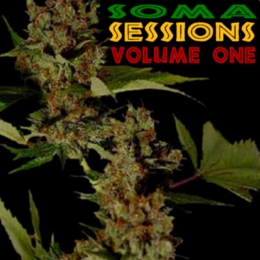 WWW, March 2008 - According to our host, the Soma Sessions are inspired by the fact that within Reggae and DUB many hard-hitting messages can be put over joyful beats, providing strength where necessary.

It's true, just like herb can help people getting through another day in Babylon, so can music. Reggae and DUB are especially good in this and so can we do nothing but agree with our host, DJ Chill Will of the Dubsessions Podcast.

Even though a large part of his selections might not make the hardcore Reggae puritan and preterist move and groove, he knows his reggae and puts enough in it to drive the attention of the collector of online (DUB) Reggae Music.

In the SOMA SESSIONS, DJ Chill Will takes us into what feels like a very personal selection. We hear a good representation of the many forms of non-Reggae DUB and sometimes even non-Dub non-Reggae that he likes...

Enough Reggae and especially DUB to satisfy our needs, too. Pato Banton's letter to the President for example, wherein he demands legalization for the herb, a thing that should have been done decades ago allready anyway. WWW, April 2008 - The makers of this documentary have traveled over several different continents in search for the most raw form of slavery: forced labor by people being held captive.

Slavery has many forms, and Babylon is specialized in each and every one of them. From the subtle forms of mental slavery of the sheeple to the most raw type: forced labor by people who are held captive under the most terrible conditions.

This documentary deals with that last form. It's a fate that threatens the lifes of millions of people, especially children. It's a fate that has to do directly with an economical and political "development" called "globalization".

In fact, "globalization" and "slavery" are connected like Bonnie and Clyde. Those who have heard Reggae Music, will know how true this is as the Movement of Rastafari has been instrumental in pointing out to this historical fact.

The video takes us to several parts of the planet, and also shows us things and places that have to do with the colonial slavery that helped build the "New World" after Christopher Columbus "discovered" it.

We're taken to plantations, we see the wounds on the bodies of young men who had just recently been set free out of slavery after working on Cacao-plantations in Africa's Ivory Coast sometimes for well over 5 years. We find out, that the average price of a young boy is around 20 British pounds and we even go to the market place and see this transaction.

There has obviously been contact with the United Nations during the process of producing the documentary. The UN and globalization itself aren't identified as the culprits, but these world organizations responsible for globalization (like the World Bank) are being criticized for the things they do.

An idea of the World Bank is to drop guaranteed prices for Cacao, making sure that farmers get less while the consumers in the west pay more. And so, farmers are being held under an economic form of slavery themselves, as they will not get the money they need to pay their workers.

India is visited and we witness a raid on a place where carpets for export are produced by little children. Children are stolen, kidnapped, parents don't know where they are and hope that these raids may bring back their children to the surface.

The video also takes us straight to the "Free World" and "discovers" how slavery is very much alive today as well, even though it's often said how slavery is abolished. People working for the World Bank themselves turn out to have slaves working in their homes, diplomats and members of royal families are doing the very same thing.

As said, the documentary doesn't point out to globalization and the United Nations as major -and conscious- culprits of the contemporary forms of slavery it exposes, unfortunately.

The makers have extensively interviewed a professor from a United Nations work group on contemporary slavery. This professor boldly states that the UN and multinationals will "end slavery" when the "consumers" "demand" it.

Towards the end, there's even a visit to Brazil where people are working under the most terrible conditions, but (quote) "it's not slavery"...

However, all the information necessary to connect these dots are provided. The result is an impressive documentary that definitely sheds light on one of the most raw forms of slavery.

BURNING SPEAR - JAH IS MY DRIVER 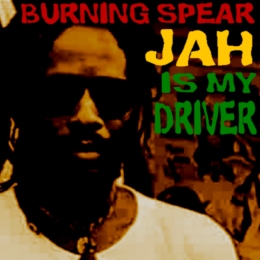 WWW, April 2008 - Meet Winston "Burning Spear" Rodney during the first decade of his carrier, back in Jamaica during the 1970's. Don't miss out seeing him chanting to JAH "a-capella" style!

And that's just the start of a mini-documentary on the man who made a more militant form of Reggae popular to an audience that would not really be moved by Bob Marley and the Wailers.

We're taken to the Marcus Garvey Cultural Center that was founded by Winston Rodney, and under the tones of "Foggy Road" treated to a number of sights and sounds from that center.