WWW, March 13 2009 - The word "dreadlocks" is said to have come from people talking about the early Rasta's as having those "dreadfull locks".

In the later 1980's, I was told how the Movement of Rastafari was fought against throughout the Caribbean. I heard how at a certain island, police and army in helicopters would go to Rastaman's camps and kill everyone there: men, women and children.

These things were unknown to many, especially when you consider I heard it years before the Internet became publicly accessible.

When Reggae Music and Rastafari got more and more connected, it should not be of no surprise to realize that Babylon then focused on the music too.

WWW, March 2009 - When Babylon shot his body, they did not kill Lucky Dube, the South African Reggae singer who has been a voice and symbol of freedom for millions of people. His wailing voice resembled that of Peter Tosh, his militancy was exactly the same. 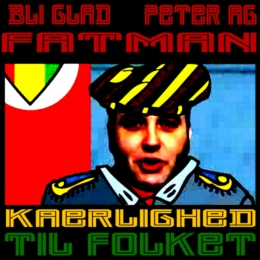 The Danish Bli Glad band, meaning something like "Rejoice" or "Be Happy", knows how to play a riddim. Their cool, Ire Reggae is capturing with a positive vibe. The fact they sing in their native language, doesn't matter. The language of their message is Love and not war, a message much needed in this troubled times.

Be good to the people around you, do good and get good, there is nothing Danish to that message and that message is well overstood.