WWW, June 9 2009 - A few days ago, the Babylon Observer posted a review of the video "The Obama Deception" on the website, weblogs and the forum. In it, we found two interviews with well-known Hip-Hop artists KRS-ONE and Professor Griff.

I don't know anything about Hip-Hop, to be frank. At least, not worth anything most people already know. I know that Reggae Music stood at the birth of Hip-Hop in several ways, though.

Of course there are a lot of Hip-Hop artists who've joined the ranks into praising Barack Obama into high heaven just for who he is and not for what he stands for, especially not the group of men behind him.

But is definitely was noteworthy, striking, that there seemed to be not one Reggae artist of any significance critical of Obama. It's even more striking, that this extends to the Internet where the Dubroom is really one of the few sites containing critique. 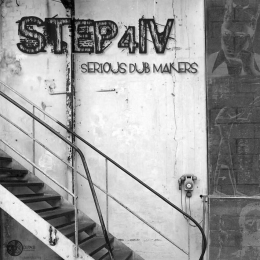 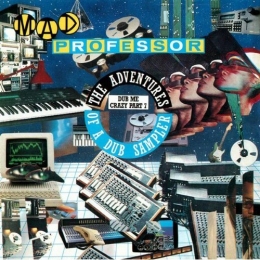 In times when the Jamaican studio's lost their interest and turned to Dancehall, Ariwa Sound kept on releasing one massive document of DUB after the other. This is the 7th chapter, catching up with the Mad Professor in 1987.

When you like DUB, especially UK DUB, you will simply not want to miss out on this great compilation. Twelve superb tracks, fitting well together and creating a DUB Vibe that is kind of really crucial. When you're into contemporary electronic DUB, that is.

The versatility of the contemporary DUB producers becomes clear for those with ears to hear: definitely, productions by Serious DUB Makers, as the subtitle of part four in this more than interesting set of DUB compilations by the French Net Label indicates.

Twelve DUB tunes, free and legal, deep and high, a delight for the ear and sweet for the Soul of the DUB connoisseur.


MORE FROM THIS NETLABEL
No comments:

Throughout the 1980's, Mad Professor set the High Standards for DUB with his DUB ME CRAZY series which started in 1982.

In times when the Jamaican studio's lost their interest and turned to Dancehall, Ariwa Sound kept on releasing one massive document of DUB after the other. This is the 7th chapter, catching up with the Mad Professor in 1987.

Mad Professor's first release in the DUB ME CRAZY series already sounded pretty digital. The year was 1982. Now, we're 5 years along the road and the Sound Sampler arrived in the Ariwa Studio's. A thing we'll really know after listening to the adventures of the DUB Sampler.

We hear a fatter sound, and as more and more digital technologies arrive in Mad Professor's studio, we hear a combination of programmed and played material joining perfectly together in what the connoisseur definitely recognizes as the Ariwa Sound.

Fragments of vocals drop in and out as one Roots Reggae Riddim after the other comes into our ear and blesses us once again with what can only be described as another addition to the collection of every self-respecting collector of the better DUB.