WWW, March 21 2008 - The "discovery" of "America" can not be seen apart from all the other globalization efforts that came out of Europe during these last centuries.

The crusades, slavery, colonialization, imperialism: it's going on until this very day and it is not something that started yesterday either.

In fact, research and the Bible reveal how what we now know as world history is predominantly the working out of a plan that originated around the time Nimrod failed to build his Tower-of-Babel.

It is a plan the Bible calls the "Mystery of Iniquity" as well as "Mystery Babylon". It's a plan to unify the world under one political, social and religious order.


ITEMS FOR THIS EDITION:
Friday, March 21, 2008
DUBWISE SELECTION
SODOM AND GOMORRAH: FOUND!
No comments: Link(s) to this Message 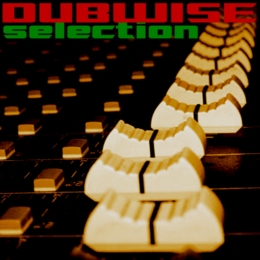 WWW, March 2008 - DJ Delay has been mixing Reggae shows at least since 1990. After blessing the city of Melbourne, he now blesses the Word Wide Web with an hour of World Wide DUB, mostly from the last two decades.

There are one or two vocal tracks in the DUBWISE SELECTION. Doesn't matter, they're mixed in DUB style too.

At least, most of them.

For the rest, DJ Delay takes us on a World Wide DUB Trip and shows us how the technique has become an established discipline in Reggae, even creating new styles within the realms of the music.

In the cool, one-hour mix there is a special attention for Adrian Sherwood's DUB experiments and the Germany based Tikiman (Paul St Hilair) and Rhythm & Sound, while we visit the Netherlands too for some Twilight Circus at the end. WWW, March 2008 - The biblical story of Sodom and Gomorrah is widely known, and, just like it was before the actual city of Troy was discovered, considered by many to be just a mere myth.

The word "Sodomy" refers to a specific sexual act, often connected with homosexuality. The New Testament states that there was indeed something sexual going on at Sodom and Gomorrah, but it had nothing to do with any human sexuality persay, especially not homosexuality.

The angels which kept not their first estate, but left their own habitation, Jah hath reserved in everlasting chains under darkness unto the judgment of the great day. Even as Sodom and Gomorrha, and the cities about them in like manner, giving themselves over to fornication, and going after strange flesh, are set forth for an example, suffering the vengeance of eternal fire. (Jud 1:6,7)

Given the fact that Jude used the word "heteros" to describe the flesh that the Sodomites were running after, and given the fact that this same Jude makes the connection with "Angels that kept not their first estate", it becomes clear that biblical Sodomy refers to sex with angelic beings, aliens as they are called today.

This particular practice went on after the Great Flood, even until today. Cities like Sodom and Gomorrah were known because of this practice and the Bible tells us how JAH sent down brimstone from heaven to destroy these places.

A myth, some would say.

A myth, just like the city of Troy was considered a myth before it's actual discovery.

The physical remains of Sodom and Gomorrah have been found and video-taped. Look at 26 minutes of convincing evidence that proofs once again that "truth is stranger than fiction"...