WWW, May 6 2008 - There are many conspiracy theorists and researchers who claim to expose Mystery Babylon, but in practice they initiate themselves and their audience as all they do is forward the teachings from the Babylonian Mystery Schools in the first place!

Technological knowledge ("tech-know"), it's usually all you get when you check them out.

Even stronger, there are those that -because all they have ever learned is "tech-know"- claim we have to be like Babylon and make use of the very same techniques in order to fight her down.

CONTENDING FOR THE FAITH (MESSIAN DREAD SPIRITUAL UPDATE MAY 6, 2008) 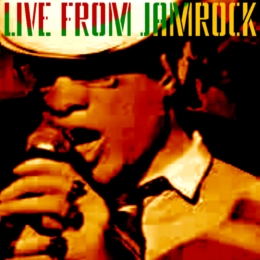 WWW, May 2008 - Most historical Reggae documentaries seem to think that there's nothing interesting going on after 1979. This video is a welcome exception as we explore the early 1980's, when Rub a Dub was the thing!

The video opens up with Josey Wales chanting into Channel One's microphones, with Scientist at the Control Tower. This sets the right tone for this documentary, of which the video quality unfortunately isn't what we would love it to be.

The 25 minutes that follow the nice introduction give us an insight into the Jamaican dancehall during the Rub a Dub era. We see all the major DJ's from Yellowman to Toyan and everyone in between, live and direct.

CONTENDING FOR THE FAITH (MESSIAN DREAD SPIRITUAL UPDATE MAY 6, 2008)

CONTENDING FOR THE FAITH
MESSIAN DREAD SPIRITUAL UPDATE MAY 6, 2008 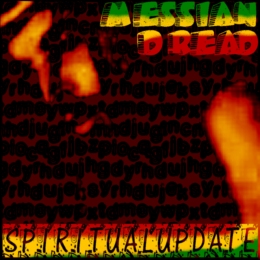 WWW, May 2008 - Recently, I started writing a series of columns with the title "Mystery Babylon". Quite a project, as I'm already passed the 100th episode. In this spiritual update, I go a little bit deeper into the reasons why I am working on this project and not planning to stop it any time soon either.

It was almost 6 months ago that I wrote my last update!

Sure, I haven't been passively sitting on my rear end as I wrote many reviews and articles. I guess it's well over a book's worth of material, and the regular visitors/readers of the Dubroom will probably have seen that this site and it's webmaster (that would be me) are definitely moving forward into next realms.

In January, I started to use my column in the daily editions of Dubroom Online for a series wherein I speak my mind about Mystery Babylon. It's not a systematic exposure persay, but I touch on many different aspects of the mystery.

I know, by looking at the statistics of the Dubroom, the Weblog and the Message Boards, that there is a balanced interest when it comes to the readers/visitors. People are actually quite interested in those aspects of the Dubroom that, let's say, adds footnotes to the lyrics of the music that we love so much.

Of course this encourages me to move forward, as I feel led to use the independence of the Dubroom more to say things that certain other artists simply cannot say other than in their lyrics just because they are bound by contracts and thing.

I started on a spiritual journey in 2007, and as I see it now this journey was necessary because of all the opposition and attacks I had to face in that year and even a little bit before that. It was necessary for me to move deep into the spiritual realms and gain the strength that I needed to keep contending for the faith.

For if there is one thing that dominated events in my life during 2007 and the months before and after than year, it was attacks towards my spiritual identity, towards the faith that had been once delivered unto I and I.

Attacks on other sites, even on the Dubroom Message Boards where some of my fiercest enemies registered themselves as I did not respond to them anymore on those places where they hang out and abuse other people's websites to spread their hatred against Jah and everything called holy.

Attacks in other ways too, both in this natural realm as well as the supernatural or spirit world. In Yesus' Name, I had to fight down certain spirits and break curses. UFO's and other spiritual manifestations galore, too, and when you think that is interesting or funny, let me take you out of that illusion right here.

I think, that this is the case: as time goes by, we move further towards that One Bright Day in which the Lord God Jah Rastafari, YESUS KRISTOS, will come to finally downstroy Babylon and separate the wheat from the tares.

You could also say, that we are approaching the time wherein the topics covered in so many Reggae lyrics will be touching the personal lifes of each and everyone on the planet in an undeniable way.

And so, I feel led towards exposing Babylon more, in all her aspects.

I feel led to write down what I know about Babylon in my daily columns for the Dubroom Online editions. I feel led to ignore some people's desires to never be confronted with the truth and just listen to Reggae Music without being "bothered" by the fact that Reggae Music is reality music more than anything else.

One Love, Give Thanks,
Messian Dread
No comments: