WWW, November 21 2008 - When I look back, I can hardly imagine how I could be so foolish to engage myself in the "Christian Reggae Scene", about a decade or so ago.

Didn't I know about Church and State, about the fact that most people who call themselves Christians are in fact more Babylonian than the Babylonians themselves, if you will?

Well, I thought I did.

But still, I accepted the invitation of the man who is now calling himself the "Founder of Gospel Reggae" and has admitted to his purpose, namely to poison Reggae Culture and even Rasta Culture with the message of the White Jesus of Babylon.

And by accepting that invitation, I committed the sin of spiritual fornication. 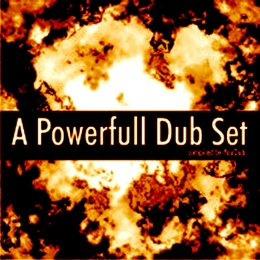 WWW, November 2008 - Powerful DUB in a different style than one could assume in the first place. Not your typical Jamaican or UK productions, but rather examples of how DUB progresses to become a style of it's own. 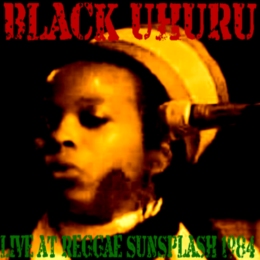 WWW, November 2008 - When Black Uhuru performed at the Reggae Sunsplash Festival in 1984, they had made their name not just within Reggae Music.

WWW, November 2008 - Powerful DUB in a different style than one could assume in the first place. Not your typical Jamaican or UK productions, but rather examples of how DUB progresses to become a style of it's own.

After a short introduction, we're taken into a DUB with violins and a voice saying something strange about "six hundred and sixty six miles".

French based High Tone takes over, followed by the Radikal DUB Kollektive from Zagreb. We're going into deeper realms of DUB, that's certain by now.

Adrian Sherwood has been experimenting with DUB since the early 1980's already. Mixing Punk, New Ave and Reggae into a form of DUB that would appeal to an audience that would not necessarily like Reggae Music or even DUB.

Experiments, guitars, effects, voices and soundscapes: all of this and more can be heard as the mix progresses.

A perfect mix, in itself an experience that can definitely carry the name it was given by the selector.

WWW, November 2008 - When Black Uhuru performed at the Reggae Sunsplash Festival in 1984, they had made their name not just within Reggae Music.

Throughout the 1980's, Black Uhuru was much, arguably even more, a Sly and Robbie project rather than a vocal harmony group consisting out of Duckie Simpson, Puma Jones and Mikal Rose. Albums like "Sinsemillia" and "Red" had shown already, just how progressive Black Uhuru actually was.

In 1984, Black Uhuru had become one of the top groups in Reggae Music. They had, just like Burning Spear and Bob Marley before them, introduced Reggae to an audience that was not usually looking for Jamaican Music.

The top-notch production and musical skills of Sly and Robbie were responsible for the success of Black Uhuru. Before the Rhythm Twins took over the care for Black Uhuru, so to speak, they had been "just" another vocal harmony group.

When Michael Rose joined the group, together with the American Puma Jones, the success formula was completed. Throughout the 1980's, they dominated the Reggae charts.

Watch this mighty performance by the singers and players of instruments, and realize that this was almost one quarter of a century ago!