WWW, July 16 2008 - One of the best ways to describe the process of stepping out of Babylon is by taking an example and trying to recognize the mechanisms.

"Christianity" is such an example. In fact, it is one of the best examples. And it starts with the name of the group of which the members know themselves to be a part: "Church".

Babylon, however, claims that these buildings are "houses of god", the "churches". You must step in the shitstem (for tax deduction and government acknowledgment) and step in the building, in complete contradiction to the very meaning of the word church!

Now, what happens when people within the system start to smell that there's something rotten? "Church History" reveals how most have wanted to do nothing but "reform" Babylon rather than stepping out of her.

PS: It's summer time, and mysteriously I am led into the studio where I am making riddims and Dubs for release later this year, next month or so. This is the reason why the Dubroom isn't updated frequently. 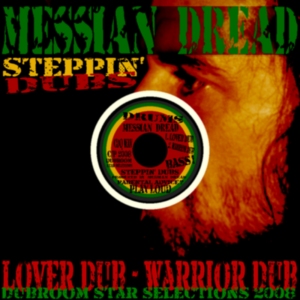 In the "Sugar and Spice" tradition, this release contains two steppers tunes, each one with their own specific vibe. From an upfull Dub of Ireness, we go over to a much more militant and solid tune in almost eight minutes of Dub Niceness.

In the "Sugar and Spice" tradition, this release contains two steppers tunes, each one with their own specific vibe. From an upfull Dub of Ireness, we go over to a much more militant and solid tune in almost eight minutes of Dub Niceness.

1. LOVER DUB
Lover Dub starts off rather joyful, only to get into some serious Dub mixing after just a few seconds. As the drum and bass play an upfull line, taking a break every now and then, all kinds of instruments and effects are taken to their limit. Upfull, but not lightweight!

2. WARRIOR DUB
As the introduction roll is soaked in echo's, only the first few tones of the horn section are heard before they fade in even more delay. It's the start of a serious steppers tune, warrior style.