WWW, August 16 2010 - Not one, but two podcasts: both of them are well recommended as one dives into contemporary Roots and Culture mainly from the UK and EURO Dub scenes and the other is totally livicated to none other than Mikey Dread! On top of that, a brand new Messian Dread two-track release and a wonderful album by the Spanish based Emeterians.

Sure, usually Dubroom Weekly contains much more than "just" one review, a podcast and a release. However, especially those who checked out last week's interview with Jah Dawta and your's truly on the Zeph Report will have noticed that this kind of a hectic time down here.

Positively hectic, that is.

But then, you have to check out just what this is all about, in order to overstand....

Another release with two brand new, original riddims and Dubs by yours truly: another thing I was blessed to do last week. I'm boiling with inspiration and behind the scenes a project is in the making which will be released in due time. The inspiration obviously comes in a time where I was already wondering if I would make at least one tune this year but as usual I worry too much and should just realize that Jah always takes care of business so to speak.

Apart from the inspiration to produce, I am also putting a lot of effort in Radio Dubroom. Since I'm using a different technology than I'm used to do with the old Radio Dubroom as well as my live DJ shows, I have to find out a lot still but I think I'm improving. Lazy me, I have loads of jingles but I'm only using one or two. I'm not lazy in actively approaching labels, producers and artists for permission to play their music but not everyone replies, let me leave it at that. Those who do, can -as far as this website is concerned- be considered as truly loving the music and loving the music to get to the people. They don't just talk the talk but they actually walk the walk.

Two podcasts, and that is not at all because one of the episodes has that "dreadful" number 13. I'm not superstitious, besides my body was born on the 13th as well and I know too well just why that number is told to be "unlucky": it was one day on a Friday in which the freemasons had a defeat somewhere in their history. Or was it the templars? It doesn't matter: let them fear that number, I know Yesus and his 12 made thirteen too.

Episode 13 of Radio Dubroom 2010 deals stricktly with heavyweight Roots and Culture from the UK and the European continent. It's a podcast with a lot of bass, a lot of foundational music and a lot of upful, inspiring lyrics which is obviously springing from the Most High Himself. The other podcast, number 14, is totally livicated to the One And Only Mikey Dread: seventy-two minutes of pure Roots and Culture from the days which many preterist disdainfully call "golden age of Reggae", as if Reggae has a colonialist history and no future at all...

Ever heard of the Emeterians? To my utmost shame, I must admit that until last week I had not heard of the band. I should, though, and as soon as I did I knew that this band should be exposed to a larger audience, to which I hope to contribute a bit by prioterizing the review of their album "Change the Mood".

The album has been playing several times over here in the Dubroom, on headphones and on speakers. I'm sure that the street we reside in have been enjoying the vibes too. Blessed music for real, and not -"just"- because of the fact that the music is recorded in the very same way as that other Spanish band Hotdrop likes to record their music: traditionally analogue.

Next week, Jah willing, another edition. That edition will -again, Jah willing- be quite large. The reason for that has to do with the fact that I really have to do some things in the Outernet.

Wanna know what? Check it out! 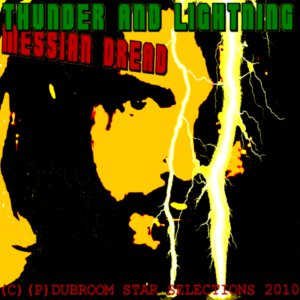 Best played on a Hi-Fi set with lots of bass, preferably even with a subwoofer, these two Messian Dread mixes are obviously made for a time like this. A time, wherein it is always good to be remembered of that fact that JAH is there, because He is the Creator.

Thunder and Lightning themselves are only vague "illustrations" of the Almighty JAH Who answers to no one except with His Judgment. Yes, Jah is Dreader than Dread, a thing which is "illustrated" in the two Dubs of this release as well. To fear Him is to live, to hate Him is to die...

The two dubs are mixed in a wilder style than other Messian Dread tracks from the "Showcase" era (2006-2008). Multiple layers of instruments and effects phasing themselves in and out of the riddim, long echo's and even hardly noticeable sounds -even- a violin, all on top of a heavy heavy bassline and hard stepping drums: straight to the duppy's head!

DUBS AND DISCOMIXES FROM THE ROOTS AND CULTURE FRONTLINE 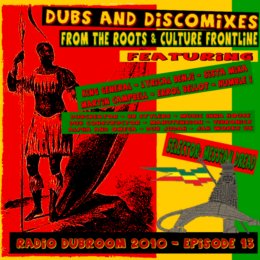 WWW, August 2010 - This episode of Radio Dubroom 2010 takes us straight to the Roots and Culture frontline, where conscious lyrics over thunderous bass and drum lines make a difference. With singers like Lyrical Benji, Martin Campbell and King General, players of instruments like BR Stylers, the Livication Riddim Section and the Bush Chemists, and Dub engineers like Dubcreator, Dougie Wardrop and Manutension, the music ranges from brand new releases to material from well over a decade old.
The show starts with a heavyweight steppers from Conscious Sounds studio, with King General at the microphone stand. Lyrical Benji takes over with two titles, the second one perfectly mixed by the Dutch based Dubcreator. It's the first of a selection of older productions by the Amsterdam Dub Master, all of which were available for download at the "golden days of MP3.com", just like the crucial Martin Campbell tune. Crucial lyrics, and also the bridge to some more recent material from Italy and France.
Music Inna House from Italy is represented with a discomix and a dub, that has a lot of similarity with the classic Rastafari riddim by Alpha and Omega. Almost seamless, the two tracks blend into each other. By means of the, again, classic Alpha and Omega we enter into a selection of fast steppers Dubs.
The Italian Dub Collective BR Stylers is the last up-tempo steppers: one more time we get ourselves familiar with the Music Inna House collective, their music was all mixed in the Moa Anbessa studio's in Venice (Italy), just before the show closes off with a brand new free release by the UK based Dub Conductor.
This is music from the Roots and Culture front line, this is music that matters, big respect to all the singers, players of instruments and Dub engineers. Jah Love continually!
PLAYLIST 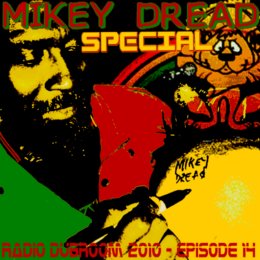 WWW, August 2010 - Michael "Dread At The Controls" Campbell, aka Mikey Dread was the first Jamaican Reggae Radio DJ and with that alone, his name is very rightfully written in the book of Reggae's History. His productions and releases are very impressive too, as the man was a very mighty producer and vocalist of his own as well. Radio Dubroom honors Mikey Dread with seventy-two different minutes of pure Dread At The Controls!
Even though Mikey Dread has passed away to Mount Zion to be with Jah, his legacy is enormous. Over several decades, Michael Campbell has been steadily releasing one classic after the other, struggled to get the full copyright over his material at a later stage so that he could share his works with the people the way he wanted it.

One of these ways is to provide a lot of free and legal MP3 files (all downloadable from mp3.dubroom.org), and to give permission to certain broadcasters to play this material. The 72 minutes that this podcast lasts, only contains a small portion of that huge collection.

THE EMETERIANS - CHANGE THE MOOD 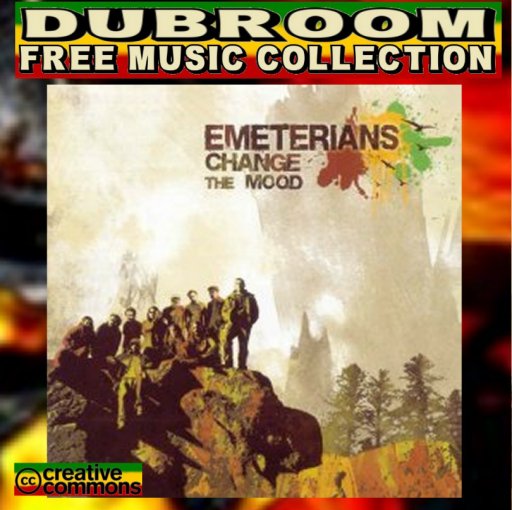 WWW, August 2010 - Eleven musicians who formerly played in other bands, some of them well known in their own might, gathered themselves to create Roots Rock Reggae in the orthodox, Jamaican tradition made popular so many decades ago: analogue recording and mixing with on top conscious lyrics. Presenting the Emeterians: Roots and Culture DUB and vocals in the orthodox way!

When you include the introduction tune, "Change the Mood" contains 12 titles, wherein the whole traditional line-up is present, from the riddim section to the horns and from the backing vocals to lead voice. It's clear, though, and not just by reading the liner notes, that the band does include a Dub engineer as a member, a thing which did not used to be so when Reggae Bands predominantly were studio bands. It's just a thing which makes it clear that this is not a recording for what some preterists would call "golden age of Reggae", a term which is rejected as a whole here in the Dubroom.

Not in an annoying way, though, but it's there too: another contemporary thing, it's a thing called "rap". No, it's not all over, there's just a little bit here and there, which is fine just as long as it's not too long which is not the case with the Emeterians.

A thing which is there on the album too: skillful DUB mixing, in a way that is not just popular inna Europe and the UK but a more traditional manner which does show very clearly how right Pablo Moses was when he sang his famous "To Enjoy Reggae Music, Dubbing is A Must".

The sound is clear, even though not as clear as when everything would be done digitally. It's the charm of the analogue sound, well apreciloved, well accepted, very much respected!

"Change the Mood" is truly already a classic for the online (DUB) Reggae massive, even though the album was released this year.

Get it, Play it, Experience it!